On November 7th, 2020, international gaming house Bioware announced the impending release of a new edition to their Mass Effect franchise, with Mass Effect Legendary Edition. Not a new game per sé, this Mass Effect Legends Pack, but a remastered collection of the first Mass Effect sci-fi trilogy.

On May 14th, 2020, fans of the cult classic trilogy of sci-fi gaming title, Mass Effect will get to relive the action and suspense first brought to them by Bioware over  thirteen years ago. The company, in collaboration with Abstraction Games, is hard at work, getting the compilation ready for players to – once again – don the N7 uniform as the iconic Commander Shepherd, in his/her mission to protect the galaxy from the Reapers. Only this time, in updated resolution, and a higher rate of frames per second.

Mass Effect, is a single player, sci-fi action, roleplay first-person/third person shooter, based in a fictitious, 22nd century, Milky Way galaxy – where the human race is well, and truly, aware that they are not alone in the universe. The Mass Effect Legendary Edition is based the first three titles in the Mass Effect series, which follow the exploits of a – fully customizable (down to sex, and ovarall appearance.) – Commander Shepard, who gains command of a space frigate, following his discovery of a plot that could bring about the annihilation of every intelligent species in the galaxy.

The clock ticks against Shepard as he must unite the galaxy against the impending threat- which nobody believes in, despite the evidence – of Reaper (an advanced race of machines that wipe out all advanced life in the Milky Way every 50k years, like clockwork) induced extermination. Our hero must combat, negotiate – politically and, otherwise – his way to allegiances which will aid him in his ultimate goal. Each decision affects the character’s morality, and overall gameplay, some decisions affect the story in later titles.

“Our goal was not to remake or reimagine the original games, but to modernize the experience so that fans and new players can experience the original work in its best possible form. It’s been amazing to see the adventures of Commander Shepard take on new life in super-sharp resolution, faster frame rates, and beautiful visual enhancements. As game developers, we always hope that our games will transcend their original platforms. Having the opportunity to remaster the trilogy means that the fruits of a decade of our work will live on, and will be experienced better and clearer than ever before.” – Casey Hudson, Studio General Manager, Bioware.

Although the interactive gaming firm, Bioware, had expressed intentions to remaster the Mass Effect Trilogy, as early as 2014, it wasn’t until 2020 – a few months before the N7 Day announcement – that they earnest work towards Mass Effect Legendary Edition began. The gaming outfit roped in the aid of Electronic Arts (EA) to assist with publishing, and Abstraction Games to adapt the game for newer consoles and PC hardware.

Mass Effect Legends Pack, will be available – upon release – on Microsoft Windows, for PC players, and Xbox One, as well as, PlayStation 4, for console enthusiasts. The game will also be compatible with Xbox Series X, PlayStation S consoles. 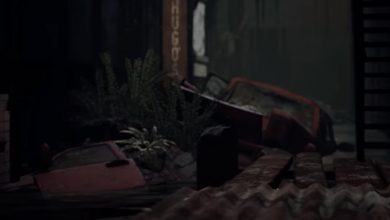 Trevor Saves The Universe; A VR Platformer With Flare 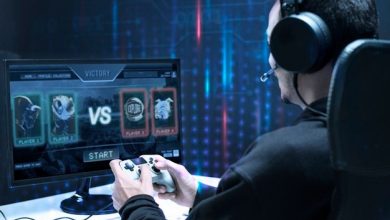