Valve has introduced a new product called “Steam deck” and it is a serious competitor to Nintendo Switch. One of the components that have made this device popular is the variety of its games. It can be said that many games that have been released for other consoles and computers can also be run on the Steam Deck.

Bizznerd selected 10 games from this extensive collection and we suggest you try them with Steam Deck. We have also tried to introduce a title from different and popular genres so that every player with any taste can enjoy their favorite game.

All games in the list of the best games on the Steam Deck console have the Valve certification mark; Which means that they run perfectly on this console and do not need to be modified or manipulated.

This very popular action-adventure game was originally the exclusive title for the PS4 console. But has since been released for PC and Steam Deck. In God of War, you play the role of Kratos, the rejected god with unlimited power, who must travel to the northern lands and scatter his wife’s ashes. In this way, he and his son encounter many mythical and magical creatures; Some are friends and some are ruthless enemies.

God of War is a really high-quality and attractive game that entertains the audience with all its might. It is also very beautiful in terms of visual effects and has a world full of details. If you want to embark on an epic adventure, God of War is a great choice for you.

Supergiant Games Studios created Hades, a Rogue-like dungeon game. They are also makers of other great titles like Bastion and Pyre. If you are a fan of this genre, you should definitely play Hades. But, in case you are not familiar with it, this game is a great and attractive starting point. Hades is admirable in terms of design, its action is very exciting, its storytelling is deep and its characters are very interesting.

The game is designed to be played multiple times. It is also suitable for players who start again from the starting point after the end of the game. In the role of Hades, you explore stages that are constantly changing. When they return, they will no longer be the same as before. This game is very suitable for Steam Deck and you will not have any problems controlling it. The portability of Steam Deck also makes you enjoy this game wherever you are and progress in its stages.

Do you think that you can complete all the games easily? If your answer to these questions is “yes”, we introduce you to a great game. This is you and this is Cuphead! An “Escape and Shoot” action game featuring exciting soundtracks and brutal boss fights.

The boss fights in this game are creative and challenging. You can play Cuphead both as a single-player and as a multiplayer. If you play it alone, the steps will be more difficult than before. There have been many times when players have knocked their controllers against the wall due to the severity of their difficulties and successive defeats! But by succeeding in these very difficult stages, you will feel a strange sense of satisfaction that you have not experienced in any action game. Cuphead is one of the best Steam Deck games and has gained a lot of fans in recent years.

In this beautiful and exciting game, you have to put on your apron and work in strange but interesting kitchens around the world.

Overcooked! 2 is also one of the best family games and you can experience it online or offline on Steam Deck. But be aware that you may lose some of your friends because of the excitement of the game!

Undoubtedly one of the most popular games that run on Steam is Horizon Zero Dawn. An open-world game in a world full of robotic dinosaurs where you have to explore, hunt enemies, and find unknown facts. Alvi is the main character whose tribe expelled her and now she has to move towards salvation.

The title was originally a PS4-only game. But was also released due to its popularity with the PC and Steam Deck. Horizon Zero Dawn runs flawlessly on the Steam Deck and has the same appeal as home consoles. 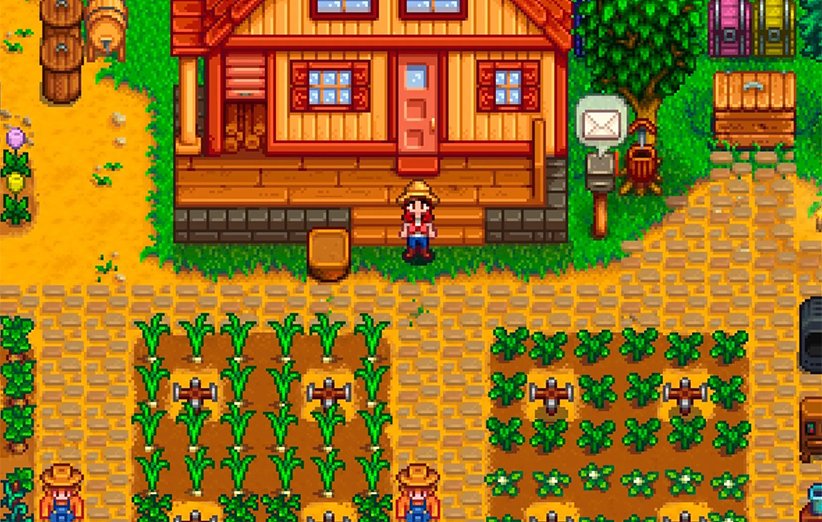 Stardew Valley is a fun farm simulation game that sounds very simple. But when you play, you suddenly come to your senses and realize how many hours you have spent in this game! In Stardew Valley, you have the task of turning a messy farm that you inherited from your grandfather into a beautiful and lucrative farm. Interesting characters, beautiful pixel art style, and various activities can be a lot of fun for all players. The people of Stardew Valley are very attractive and memorable and you can communicate with them in different ways.

It does not matter if you plant cereals for more profit or discover mysterious mines, immersing yourself in the beauties of this game and the 16-bit world made by ConcernedApe Studio is very simple and pleasant. This game is also among the best open-world mobile games.

Elden Ring is a fantasy action role-playing game created by FromSoftware Studios, creator of Demon’s Soul, Dark Souls, and Sekiro Shadows Die Twice. In this game, like other games of this studio, we are faced with a beautiful, mysterious, and dark world, an epic story, and cruel boss fights.

In Elden Ring you are killed, you are killed and you will be killed again! This process continues until you upgrade your character, overcome some stubborn enemies, and then be killed again in the face of a stronger opponent! But this is what has made Elden Ring one of the most exciting Steam Deck games that fans of this genre should definitely have on their device.

Spiritfarer is a special game about death, but it is by no means bitter and sad, but very attractive and beautiful. In this game, you have to build a boat so that the ghosts can ride it and go to live after death.

In this interesting game, there are funny animal characters, a beautiful soundtrack, and artistic visual effects that have made Spiritfarer a suitable option for those who are considering a deep and conceptual game for their Steam deck.

If you are looking for complete chaos, Human: Fall Flat is a game for you! In it, you have to reach the end of each stage as fast as possible and pass through abandoned castles and ancient cities; But this is not easy at all. You are constantly fighting strange and funny enemies and your character destroys them in unpredictable ways!

The experience of this game as a single player on Steam Deck is very enjoyable. But playing Human: Fall Flat in online multiplayer mode with a maximum of eight players is particularly attractive.

Aperture Desk Job is a free, half-hour game from Valve Studios designed to show you how to use the control buttons and Steam Deck features. Along with Desk Job, a game called Portal has a similar premise. You have to inspect the toilets in it! The story of the game may be strange. But at the same time, it is really funny and it will entertain everyone.

Aperture Desk Job is definitely not a title you want to play multiple times. But as a short and hilarious effect, it’s great for getting to know and controlling the Steam Deck.

Other Steam Deck games you can play:

We have introduced you to 10 of the best Steam Deck console games. However, there are definitely some other great games that can catch the eye of players. Valve has created special sections for games that are available for the Steam Deck. So make sure it is compatible with the Steam Deck before you buy.

Oculus Quest 2: The Next Generation of Facebook’s Benchmark VR Headset

Resident Evil Meets Dead By Daylight, Here’s What It’s Like