This year has been the most eventful year in the digital assets space thus far. Especially for Dogecoin based meme Tokens, which saw a massive build up hype around them that lead to astronomical gains in this unique segment of the cryptocurrency space.

This year saw new all-time highs across the board while game changing applications for blockchain technology like Decentralised Finance (DeFi) and Non-Fungible Tokens (NFT) became the vanguard of the push to mass adoption. However, 2021 may very well go down as the year of the K9 themed meme token.

Looking back, it might have been hard for anyone to imagine that a coin that began as a joke would spawn other playfully themed tokens. However, it is not easy to imagine that anyone, markets expert or otherwise, could have foreseen Doge-based meme tokens clocking gains of more than 83 million % of a 12 month period.

Where did Dogecoin begin?

Though the rise of the K9-themed meme coins really began to grab the world’s attention during this year’s bullish activities, the first first of them – Dogecoin – was officially launched on 6 December 2013.

Today, the father of the now popular meme tokens is down from it’s all time high of  $0.731. However, having returned more than 10 000% year-to-date means that early investors are laughing all the way to the bank regardless of decreased buyer interest in DogeCoin specifically.

As the rest of the market grew, bringing in more sophisticated blockchain-based products and services, the Doge-based meme token market expanded with it. Now there are more than 40 tokens that were inspired by the original, all sporting Doge, Shiba, or Inu in their names. These tokens are the most highly regarded among the hundreds of meme tokens and some of them seem to make the rest of the market look a little sluggish.

One such example is Dogelon Mars (ELON), which has less than a year of activity. Yet the meme token returned over 4000% during the month of October. While Bitcoin struggled and failed, to breach the $70 000 mark during the same 30 day period. Baby dogecoin (BABYDOGE) managed to grow its dollar value by 560%. Safemoon Inu, another fast moving Doge based meme token, pulled off a 459% jump during the last week of October.

What’s more, both Dogecoin and Shina Inu token, the two most capitalised of the Doge-based meme cryptocurrencies, saw a significant spike in their Google Trends scores. Dogecoin peaked at 83 on the 28th of October, while Shiba Inu had reached a peak of 100 the previous day – the highest possible score for guarding the popularity of a trend.

Should the news of how the Doge based meme tokens performed continue to spread, one can expect to see more FOMO fueled frenzy buying. However, as we all know, what goes up must come down at some point and nobody wants to be the one left holding the bag. 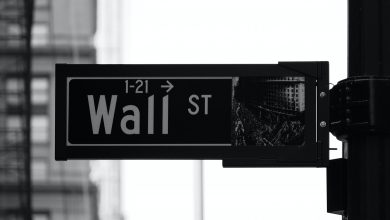