The world’s most capitalized digital asset, Bitcoin, came into being shortly after the Global Financial Crisis of 2008, preceded by a white paper that, in the opening lines, seemed – perhaps due to the public sentiment towards banks (who’s policies had brought the crisis on) – to deliver a scathing indictment on the classic financial system. It was immediately psychologically positioned as, at least for those who bought into Nakamoto’s crazy scheme, as an alternative to the incumbent system. A decade on, and the world has come to yet another, banking induced, economic meltdown, and all eyes are on Bitcoin to save the day. How has the first digital commodity performed as a value hedge?

“A purely peer-to-peer version of electronic cash would allow online payments to be sent directly from one party to another without going through a financial institution.” – Satoshi Nakamoto, Bitcoin white paper.

Having been born during a bust period in the financial business cycle, as an alternative to the trust-based economic system – relying on coded algorithms alone – Bitcoin, over the ensuing decade came to be viewed as a libertarian masterpiece. Subverting the classic financial system and giving economic power back to the man on the street.

Human faith in the new system saw the benchmark asset being given the burden of remedying the Cantillon Effect, along with holders’ hopes of a better future (complete with Lamborghini’s.) 2020 opened with the world printing trillions of dollars of fractional reserve, and credit based, money (as with the 2008 crisis) to stave off the effects that international Covid-19 lockdowns would have on the overall health of the global economy. All eyes were on Bitcoin to rise to the occasion.

It appears that believers did not need a lot of prompting, and took to Bitcoin – and ensuing digital assets – to stick it to the man in creative, though not always legal, ways. From purchasing narcotics on the dark web, to circumventing sanctions, to hedging against/ replacing worthless national currencies as a medium of exchange in the lead up to the 2020 economic crisis.

Infact, Bitcoin seems to have already proven itself capable of protecting value during times of economic uncertainty. 2013’s Bitcoin price spike,which led to the asset reaching all time highs, coincided with a financial crisis in Cyprus. Greece’s capital control policies, implemented following a referendum to exit the European Union after a breakdown in bailout talks for the little Mediterranean nation.

Argentina too – after the South American nation’s government prohibited citizens from buying US dollars following President Maduro’s economic mismanagement leading to extreme devaluation of the local currency – became a hotspot for Bitcoin based transactions. Studies have suggested that Bitcoin is, increasingly, becoming viewed, as well as used, as a value hedge during times of economic turmoil. Past incidents suggest that this may truly be the case, so why would it not be the case during greater economic turmoil, like a global economic meltdown, perhaps?

Bitcoin has a capped supply, as opposed to the dollar, which makes it deflationary in design. Which should -by virtue of that alone – make it a superior form of money. However the question of what is backed by still remains. The question has played a major role in why many investors refrained from making forays into the crypto space in the past, but it seems to be becoming less relevant as the shaky economic situation deepens. Especially, taking into account that fiat currency is backed by debt, while Bitcoin, at least, has algorithms ensuring that the rules are followed.

A Matter of Timing?

“Commerce on the Internet has come to rely almost exclusively on financial institutions serving as trusted third parties to process electronic payments. While the system works well enough for most transactions, it still suffers from the inherent weaknesses of the trust based model,” reads the introductory paragraph on Satoshi Nakamoto’s Bitcoin white paper.

“Completely non-reversible transactions are not really possible, since financial institutions cannot avoid mediating disputes. The cost of mediation increases transaction costs, limiting the minimum practical transaction size and cutting off the possibility for small casual transactions, and there is a broader cost in the loss of ability to make non-reversible payments for non-reversible services,” continues the paragraph. However, Professor. David Yermack, of the finance and business transformation faculty at New York University, is of the opinion that BTC was the culmination of years of attempts, by cowboy programmers, to create an electronic peer-to-peer cash system. The anti-establishment, libertarian colors pinned on the digital currency are, in his opinion, a product of timing.

“Bitcoin happened to be launched in 2009, but it was the culmination of decades of attempts to create a digital currency on a peer-to-peer basis” – Yermack

Yermack’s colleague, Nouriel Roubini. Is of the opinion that the “Bitcoin was a response to the last global economic crisis” narrative is just window dressing for more self-serving motives.

“They stumbled upon something — an experiment, you could say. They pretend to be libertarian, but they are a new generation of self-serving gold bugs. They only care about their money, not the protocol or the technology.” – Rubini

A message left on Bitcoin’s genesis block, however, leads The New Yorker writer, Maria Bustillos, to believe that Satoshi Nakamoto may have truly had some degree of a libertarian bent in him.

So How Has She Fared?

Well, despite a violent plunge to the $4,800 level back in March (in concert with all other asset classes, as Covid-19 uncertainty put a damper on overall investor sentiment,) Bitcoin appears to be delivering on that promise. Though speculative trading has kept it trading in a fixed range for a few months, the price has recovered to levels above $10,000 recently.

One the adoption front, it would appear that Bitcoin is, not only prepared to play hedge for ordinary members of the public, but for the economic crises engine itself, traditional financial institutions.

The benchmark digital currency, may, or may not have come into existence as a response to the economic crisis, but it appears to have become – quite deeply – engraved in the general public psyche, as an alternative to the incumbent financial system. The jury remains out, regarding what economic functions Nakamoto intended Bitcoin to serve during economic meltdowns, but he set the thing up to be open to interpretation (perhaps, purposefully).

However, to be acknowledged, as a sound repository for value by institutions it was meant to circumvent, and/or subvert is probably a greater victory, for the asset, than anybody realizes yet. Bitcoin may actually bail the banks out. Which begs the question, do we really want banks holding more Bitcoin than us? 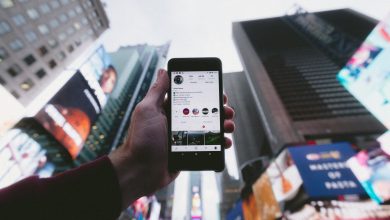 Social Media and Engagement: 3 Tips to Strengthen the Never-Ending Bond