Whilst there are many Skype alternatives, Discord is one of the most popular. While it’s not the only option available to gamers, its emphasis on security and functionality has undoubtedly helped it become a great contender.

To answer the question many of you may have, let’s compare Discord and Skype side by side. To be fair, we only took the most prominent features of each service for this article. The list may not be complete or comprehensive, so there might be some inconsistencies. But these are just the main things that differentiate both services from each other. If you have any remarks about what was written here, feel free to post a comment at the end of the page!

Discord is a freeware program aimed at gamers that allows them to communicate with other players through text messages and voice calls while playing multiplayer games online. It’s been around since 2015, and it has been rapidly gaining popularity among gamers all over the world because it is simple yet effective. You can also chat with your friends or use it as a VoIP (Voice over IP).

On the other hand, Skype is another top-rated freeware program that allows you to send text messages and video calls to anyone around the world for free. It’s been around since 2003, so Skype has a lot of experience under its belt.

As they are both being used by gamers, they have a lot of features in common such as message history lists, shared channels with moderation settings, and voice call support. In both cases, these messaging services are not limited to games, but we compared them mainly because of their gaming focus.

The main commonality of Discord and Skype is that both apps focus on text messages and voice calls, and what makes them stand out is the ability to share your desktop with the person you’re talking with. However, if you want to be able to screen record videos of your gameplay or use video conferencing, Skype might be a better option for this purpose.

Discord is a free online text and voice service that users can use to communicate with each other. While Skype is similar in many ways to Discord, it also has some disadvantages compared to Discord. Here are four of the most significant differences between them:

And finally, it’s worth mentioning that Discord has a lot of third-party apps and bots developed by other users, which could make the service even more convenient and appealing to all users.

On the contrary, Skype doesn’t have that kind of support and relies heavily on their official clients for different platforms, but they always seem to release new features and updates so that we may see some changes later.

So, if you’re still wondering what the differences are between Discord and Skype, then hopefully, we managed to answer your question here. If it didn’t, be sure to let us know in the comments section!

If you’re looking at adopting Discord for your business or workplace, here are three reasons why you should give it serious consideration over Skype.

Unlike Skype, which uses peer-to-peer connections to facilitate voice chat, Discord runs directly through their servers to ensure everyone receives clear voice quality while minimizing latency or stuttering. This allows users to communicate effectively without having to worry about internet connectivity issues affecting the call, meaning they can continue playing games even while talking to teammates in another state.

Discord is committed to giving users a free and open platform to make sure they feel safe using the service – including voice calls – by using end-to-end encryption for all text and voice messages sent on its servers. If you’re worried about nosy government snoopers or want your business discussions to be private, Discord is a solid option. While Skype isn’t known for being a bastion of privacy, some concerns over Microsoft’s close ties with the NSA have been. It’s true that their legal terms don’t mention anything about encrypted communications, so who knows what could happen in the future?

Even though it was initially designed as a chat app for gamers, Discord can easily be customized to suit one’s needs. If you’re in the business of gaming or regularly host voice chats with your team members for work, having a better-looking and more intuitive interface will help your users feel right at home – and that means they’ll come back! You can also share custom emoji packs and engage with other communities by installing and utilizing various mods and bots on top of the official ones (yes, there are some available).

For gamers who want an app that prioritizes security and functionality instead of unnecessary fluff like video chat, Discord is sure to become their next go-to communication platform. You can start using it today for free or upgrade to Nitro subscriptions if you need access to added features such as animated avatar pictures and boosted upload limits.

Both platforms have been competing head-to-head since early 2016 and it will be interesting to see how this battle unfolds in the next few years. If you want to discover more of the leading Discord servers and bots and make your social life much, much easier, why not visit https://discordbotlist.com.

Have a wonderful day ahead, and we hope you learned something new today!

Technology-focused writer based in England, interested in esports and future technological advancements.

8 Important Apps Can Benefit to Students for Education

Why MVP is Important for Your Mobile App? 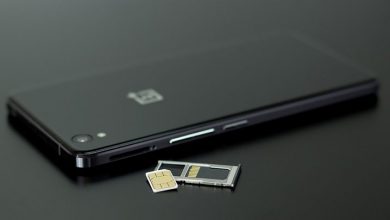 5 Tips on How to Keep you Phone Memory Clean