The difference between a phenomenal and moderate success in terms of user experience is reducing fast. Naturally, app makers don’t want to leave it up to chances. This is why app developers increasingly prefer MVP over traditional development.

The traditional way to develop a product is to give shape to your entire idea with every constituent element at one go. In contrast, MVP refers to Minimum Viable Product which is all about creating a basic app with the core idea shaped using bare minimum features and fundamental design elements. While the traditional development focuses on building a whole app at one go, the MVP focuses on gradually achieving perfection over time with incremental development.

Let us explain the difference in relation to ecommerce apps. Suppose, you contacted developers and explained the entire concept of your desired ecommerce app in clear terms starting from the features, design attributes to the overall user experience. Now, the company quoted a price, and you decided to go for it. The app is developed, and you launched it as planned.

Soon after the launch, the app showed a lot of performance issues, and it proved to be far less satisfactory in terms of user experience. Now, you need to rebuild it or incorporate changes for meeting the aimed UX standard. It results in wrong first impression for your brand, delayed and more expensive development process and lack of control over your development process. These are the loopholes of traditional development.

Now, let’s explain how MVP works. By definition MVP offers a development process spread over time and across stages. Minimum Viable Product in the context of apps means starting with a very basic app offering just core and irreplaceable features. When you launch an MVP app, you enjoy the opportunity of testing its merit and further making value additions with more features and UI elements. You can launch a product with no performance issues in a short time and continue to make it better over time. These are precisely the merits of MVP app.

So, Why MVP is Important?

Now that we have already explained the merits of the MVP approach, it is quite obvious that user-focused mobile app development companies will find this approach appealing for many reasons. It is high time we need to take a look at the key benefits of MVP for app development.

Isn’t the concept of MVP brilliant for making continuous value additions? Just because you stick to the fundamental and elementary features at the very beginning, you can later add to it more features and functions. Once the basic app is tested and appreciated, based on demands and user feedback you can further bring changes and add features to make it further better.

When you continue to create more value with every subsequent update, certainly you take solid strides towards successful marketing of the app. Users also give the app better ratings and reviews just because they find it continuously getting better.

It is great for low budget development

Startups working on a shoestring budget can quickly build an MVP app with the key features and elementary user experience attributes. This approach is focusing on the basic and most essential aspects of the app helps developers building a great product without compromising on user experience for budget constraints.

Thanks to the MVP approach, even a small local business can go digital with a simple app. A simple, straightforward and useful app gets faster user traction and engagement. Even when a company cannot afford much budget for building a very feature rich app, it can build a very basic app and can incorporate more features later when you are again in control of your budget.

Learn from the Leading Apps

Finally, the MVP development approach also bears the stamp of trust from world’s leading apps. This proves that it is just not suitable for low budget development. The benefits of MVP app stand clear irrespective of the budget and size of your product.

Here is a handful of leading apps that benefited by embracing MVP development.

MVP app is here to stay boasting a unique and effective app development approach that has a lot of unique and winning attributes over the traditional development. The typical MVP app benefits will continue to play an influential role in more apps and development companies than ever before.

Juned is the co-founder and chief strategist at IndianAppDevelopers, leading mobile app development company India. He has over a decade of app development experience for various platforms including iOS and Android. Juned is always looking for new thoughts about mobile technologies and brilliant uses of content that tells a story and share on various blogs.
Check Also
Close 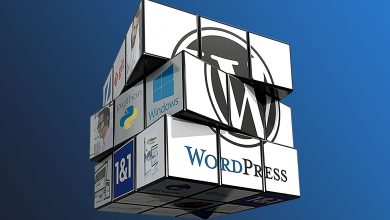 Opportunities and Challenges for E-Commerce in Developing Countries