Stellar Network and the underlying/native currency Lumens (Stellar Lumens- XLM) which allows borderless transactions between any pairs of currencies have obviously had a stellar performance since it was initially released in Mid-2014 till date.

The outstanding performance of the project is not detached from the wealth of experience that the founders – Jed McCaleb Ripple’s Co- founder and former lawyer Joyce Kim boast of in their kitty which helped in laying the ground works for what we have today.

Important take homes that you may need to know about Stellar Network:

The network is being built and managed by Stellar Development Foundation, a non-profit organization.

Thinking about financial inclusion? Reaching the Unbanked? Look no further. Stellar aims at connecting people and financial organizations across the globe in a fast and totally cheap way using their platform.

According to the Co-Founder, McCaleb. Stellar is an improvement on the problems that Ripple fails to address, so it is believed to be superior to Ripple as a payment Network.

Stellar operates using blockchain technology powered by its own native currency called lumen (symbol: XLM), and works by using its own unique consensus method (SCP) accessible to all network participants.

The transaction consensus on Stellar network can be reached in seconds. The division into smaller units allows for this fast arrival period. Participants who update the global ledger are called nodes, while these nodes can also choose their own set of smaller trusted networks called quorum. So settlement time is faster as long as all overlap.

Lumens XLM derives its value from the fact that it is the asset used on the network to pay transaction fees/settlements, and it’s expected to grow in value as the users of the network increases.

Stellar is more focused on reaching the individuals if Ripple is after the banks.

Unlike Ripple, Stellar network supports ICO’s just like the ones run on Ethereum network.

There is an approximate total supply of about 105 Billion XLM (19.1 Billion XLM in circulation) with a total market cap of USD2.5 Billion as time of writing.

Stellar is listed/traded on all top 5 biggest cryptocurrency exchanges against different pairs like BTC and USDT.

Stellar is not a minable cryptocurrency. The main disadvantage widely talked about for stellar is the threshold (min; 20XLM) for entry into the network. To encourage users, Stellar currently awards a number of XLM to all users who complete their blockchain account KYC process.

No official wallet from the developers, but you can store your loads of Stellar Lumens(XLM) on a combination of proven Cold, Hardware, and Hot Wallets like Ledger, Stellar Term etc.

Among other bullish news, Wevest Digital AG, a Berlin-based fintech company offering banking services to SMEs will use Stellar Network for its upcoming Security Token Services, Wirex – a payment platform is launching 26 stablecoins on the stellar network. In the announcement they said the stablecoins will be backed by fiat currencies including USD, Euro among others. All these shows the great interest that projects in the payment and cross border settlement industry still have on Stellar network. It is safe to conclude that with the entire era of blockchain still relatively young and many developments yet to come that Stellar network still has a bright future ahead of it if the development pace is maintained. This will lead to a consequent increase in the valuation of each XLM as user increases.

If you haven’t got any Stellar Lumens yet read our following articles:

How to Claim Free 25$ Stellar Lumens (XLM) with Blockchain wallet? 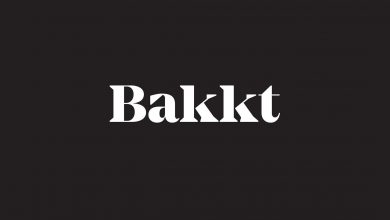 Is Bakkt Good For The Digital Assets Market?