On November 4th 2019, the nonprofit  Stellar Development Foundation (SDF) released a detailed report on how they plan to make Stellar the international payment standard. This is plan involved the burning of a large amount of Stellar tokens, effectively cutting the total supply in half.

Prior to the resource burn, the total number of Stellar Lumens in circulation sat at 105 billion. With 20 billion allocated to the public, 17 billion held in the SDF’s operating fund, and the remaining balance of  68 billion was allocated to the SDF’S giveaway program.

” in time and after a lot of thought, we’ve come to realize they’re too large. SDF can be leaner and do the work it was created to do using fewer lumens.”

The burning of such a large chunk of the available supply of lumens is seen by the SDF as a way of making them more efficient and a better way towards achieving their goals. Further, the SDF has also opted to significantly downsize their giveaway program.

“Over the years we’ve also seen that giveaways and airdrops have diminishing effects, especially in the outsized amounts our original plan was designed to support.”

All in all, the SDF burned a total of 5 billion of the 17 billion Lumens held in their operating fund, leaving the fund at 12 billion. As for the giveaway program, a total of about 50 billion of the original 68 billion have also been burned. Leaving a total amount of 18 billion.

This leaves the total supply of Stellar at roughly 50 billion, with 20 billion held by the public, 12 billion held in the operating fund, and the remaining 18 billion in what remains of their giveaway program. The SDF further stated that no more tokens would be burned.

The Next Steps For Stellar

Out of the remaining Lumens held under the SDF’s administration, an undisclosed amount is to be allocated to an aggressive development strategy that involves an increase in the number of people employed by the foundation.

As part of their plan, the foundation and all involved partners will be making a decade long commitment to advancement of the new strategy. This also involves ecosystem support, infrastructure grants and independent developer support, use-case investment, currency support, user acquisition, marketing support and new products.

As for the remaining balance of Lumens held in the giveaway program, only 6 billion will be kept for their original purpose. This is due to the program’s poor performance. These Lumens are to be separated into two parts, mainly for the purpose of increasing awareness and fueling the adoption of the network.

4 billion will be distributed to apps like Keybase, for the purpose of airdrops. The remaining 2 billion Lumens will be allocated to PR, marketing and communications. 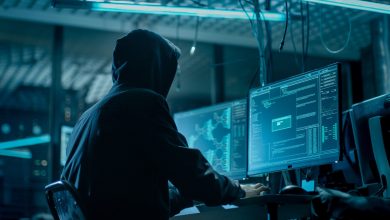