This is one of the unfortunate truths of cryptocurrency investing. There are a lot of opportunistic characters looking to take advantage of unsuspecting investors. IQMining – which has become one of the most talked-about scams in the crypto cloud mining scene – is just one of the latest.

As more and more people become aware of and interested in the digital assets market, one can expect nefarious opportunists to take notice and do the same. Unfortunately, this has been the case for the growing blockchain and crypto market. Not too long ago, we saw many reports of ICO’s (Initial Coin Offering) skating off with investor funds. After gaining traction in the Defi scene, investors kept the possibility of getting “rug pulled” in mind, not to mention the constant threat of exchanges getting hacked.

Now the bad behavior spotlight seems to have shifted focus towards cloud mining. But, IQ Mining seems to be the star of the show. Including many bad reviews from individuals stating how they had lost their funds to the operation.

“Bunch of scammers. Not allowing me to withdraw my funds for the last 6 months. Keep on saying our legal team checking your papers.”.  One Twitter user wrote in a response to one of IQ Mining’s most recent tweets.

A Closer Look At IQ Mining

When one looks into the company, potential investors cant find much verifiable information available. This should be one of the first red flags. From the company’s website, the only intel one gets about IQ Mining and the team behind it is vague, to say the least.

“IQMining was founded at the end of 2016 by a team of experts in blockchain programming and IT engineers. The current members of our altcoins mining team come from different scientific disciplines, but our common faith in cryptocurrencies has brought us together”

And that is the long and short of any description you’ll get from IQ Mining. People can get other useful information from the website. Such as a corporation called IQ Mining operates by a corporation named, Tuwo Limited. This is another potential red flag as the Marshall Islands is a secrecy-prone tax haven state. They don’t keep a public registrar of company shareholders.

In the words of Off-Shoreprotection.com,

“The Marshall Islands has outstanding asset protection legislation and has long declined to collaborate with the OECD on any tax information exchange agreements. Non-Resident Companies are also not required to file audited accounts, annual returns, or submit any financial records, details of its owners or any shareholder of the company, all the details of which are kept confidential.”

This may not be such a good thing for those who have lost their funds. As some of these laws would actively work against their efforts.

We’ve probably all heard this one before, “if something seems too good to be true, it usually is”. The only way we can protect ourselves from similar situations in the future is to stay vigilant. Look for the names of people said to be behind a project. Do some background checking where you can, be on the lookout for promises of market-beating returns, and look into them. At this point in time, being aggressive about information gathering is the only way to stay safe. 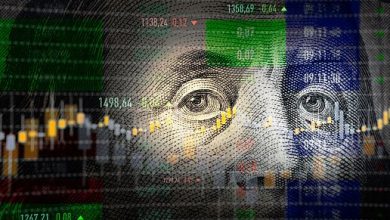