Ready At Dawn, and Oculus Studio’s smash sci-fi experience, Lone Echo returns in 2021, with Lone Echo 2. The story picks up where the first Lone Echo left off, with more zero gravity action, mysteries, and race for survival.

As far as VR – as a gaming medium – is concerned, it really stretches the mind in terms of both, concept, and player engagement. First released in 2017, Lone Echo follows the tail of playable character, Echo One (mostly referred to as Jack,) and supporting, non-playable, Olivia Rhodes. The sole occupants of a mining satellite, orbiting Saturn. The to get into some trouble, and travel in time once or twice, while trying to survive an unexpected disturbance aboard the craft.

Along with the continued story arc, fans of the title will be glad that the second installment in the Lone Echo Narrative is, very much, like the first one in controls as well. The same attention to detail was given to this title, which adds a certain realness to the money situation that Echo One, and his companion find themselves in – trying to survive in zero gravity, while dealing with a new threat. Me interaction features between Captain Olivia Rhodes, and see a very simple – if you think about it – interaction feature which lends a lot of wait to the camaraderie element between the two characters.

With the occasional thumbs-up, or wave response from ‘Liv to help make the situation seem less hopeless, one goes through the similar ship repair puzzle tasks as the first game. Only this time, the energy sapping biological entity that made a nuisance of itself in the first title has evolved, and it is now a colony of space bugs that the two-person crew must contend with while dealing with the difficulties of surviving on a derelict spacecraft.

The space bugs – known as Ticks – can prove quite problematic to the completion of your repair efforts as they are attracted by Jack, like flies are by garbage. Thanks to VR, one can simply reach to the area of the body they latch on to, and toss them off. One is warned to be wary of the strength of said toss, as a weak throw will only deposit the thrown Tick far enough for it to return and attempt a remount. One can seal them off in certain areas, sneak past them, or attract them to more sophisticated sources of energy, which requires a lot of quick thinking, and zero-gravity finesse.

Another addition to Lone Echo 2’s gameplay Echo One’s hand menu display. It appears Jack may have gotten some upgrades done between Lone Echo and Lone Echo 2, as the android’s menu system display shows 4 symbols. The Plasma torch, which the dependable bot uses to cut through certain objects with, carries over from the first iteration of the game.

While it is unclear what the other symbols mean, and how they may improve gameplay – as yet – the fact that they are not highlighted, or selectable in the demo, suggests that they may be abilities that one unlocks as the game progresses.

Just an image of the cosmos is usually enough to give one a sense of their own insignificance, in the grand scheme of things. Add to that equation, a desperate survival situation that requires one to keep their wits about them, along with the immersive experience of VR, and you get a glimpse of the things that can go very wrong on space missions. Ready At Dawn pulled this concept off with the right amount of mystery, and suspense the first time round, Lone Echo 2 seems like it will not disappoint either.

How Arcane changed the story of League of Legends 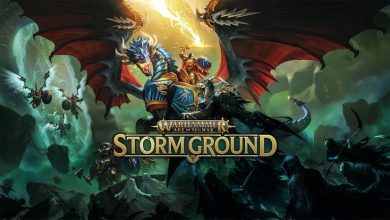