Let’s learn a bit about these two platforms.

Facebook users often use this platform because they mostly want to keep close tabs on their friends, families, favorite celebrities and brands.

Among its many users, seniors are growing within its users. In 2011 alone, as much as 33% of the Internet users were composed of seniors. Among these platforms that they use is Facebook which tops the list.

Twitter caters to people who have little to no time in checking their accounts. It’s a fast-timed platform. In just a matter of minutes, tweets can go viral.

People love this platform because of how simple it is. It’s a straightforward and no-frills social networking platform. It’s also easy to master, and it doesn’t have the timeline of Facebook.

Twitter also addresses those who have a short attention span. This is why a lot of business owners like Twitter because they can get their message across in less than 5 seconds. With only a limited 140 characters, users are forced to think of what they want to convey.

Before you invest in advertising on these two platforms, you first have to learn the pros and cons of both Facebook advertising and Twitter advertising.

Facebook is great in reaching consumers, but it can be hard to get likes for your page than getting followers on Twitter. You have to work hard and be patient to engage and encourage your audience. But with Facebook, you can share a lot of information such as article excerpts, colorful coupons, and incentives.

Nowadays, you can narrow down almost everything such as life events, salary, purchase behavior and so much more. With Facebook, you can target your audience and reach new potential clients. But aside from this, you can also find a virtual assistant to reach people who already follow your page and their friends.

Facebook provides you flexibility when it comes to their advertisement’s pricing. There’s no need to spend a fortune. You can run campaigns for as small as 2.50 USD per day.

You have to pay

When it comes to advertising on Facebook, you’ll have to pay to play. To reach your target audience, you have to spend some money. However, a 2.50 USD budget a day may seem small, but for a small businesses, it’s a lot.

On the other hand, Twitter is like a summary which is used to define a service, product, organisation, and its value in just a brief and quick summary. Twitter is more of like an elevator pitch with only one floor to sell a person on an idea.

Just like Facebook, Twitter also offers a great and targeted reach. It may not be as advanced as Facebook Advertising.  After all, Facebook knows a lot of things about you. It can use data such as if you have kids, what you eat, where you eat, where you sleep and a few more so watch out.

Comparing Twitter Advertising with Facebook Advertising, Facebook has an easy to use platform. With the way the system is set up, you might find that Twitter isn’t user-friendly. With Facebook, you can type whatever you want. But with Twitter, you have to take extra steps to get the targeting on point. And if you are unlucky, you can’t always find what you need.

If you have a business that’s new on Twitter or Facebook, you may be thinking of advertising on both platforms. A lot of people believe this is the way to get new followers. It’s like buying your followers which are a bad idea.

A lot of business have success with organically building their pages. It’s best to build a foundation first and save money. Learn how to increase fan engagement with Facebook and Twitter.

Don’t forget to create fantastic content for your pages. Engage with your users and use hashtags. Once you have the foundation all laid out, that’s when you use Facebook and Twitter advertising to boost your results. Earn your web traffic, engagement, and followers before you buy these.

But if you are already a company that has built that foundation and has been on the channels for a while, go for it but remember to tread carefully. Before you run your first campaign know these things first:

So what will it be? Both platforms have their pros and cons. It’s up to you to decide which one you want to use.

Sarah Smith loves helping people to find business solution and outsourcing services. She is currently a content writer and loves to spend her time on the beach.
Check Also
Close 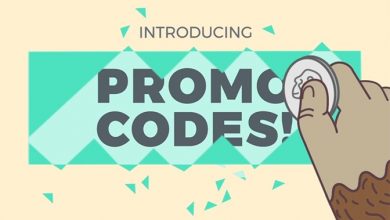 How Small Businesses Can Ensure Customers Pay Earlier and Easier

How to protect yourself and your kids on Discord