Castlevania is an anime produced by Frederator Studio. It is inspired by the popular video game series. The series tells a story with mature themes set in a dark medieval fantasy world. Following the main character Trevor Belmont, the last of his family, the viewer is taken along on the journey to Eastern Europe where Trevor is trying to save the people from extinction at the hands of Vlad Dracula Tepes.

Within the first minutes, we are introduced to Dracula, a scientist who combines magic and technology to create a teleporting castle. Just about every episode gives another small part of world-building that makes the world of Castlevania seem like a real place that you wanna explore further. Such instances helped elevate the series from being just another horror action. Another breath of fresh air is Castlevanias villains. It is easy to sympathize and understand the villains’ motivations.

The show was animated by Powerhouse studio. The makers of the series planned it to be a 2D hand-drawn animation done by a Japanese animation studio. However, all of them were too busy so the project went to an American studio. Anime and artwork of Ayami Kojima for Castlevania: Symphony of the Night were influential in deciding about the animation style. Given the nature of the source material, there is an extensive amount of onscreen blood and severed limbs. Seasons 3 and 4’s animation quality is rough compared to the first two seasons. The choppiness or lack of fluidity, especially in many action sequences, seems like in-between frames were missing between keyframes.

Castlevanias storytelling is similar to the popular HBO show Game of Thrones. It focuses on impressive character interaction and witty banter. The big action set pieces are usually set at the end of a season. The main characters are on adventures of their own, with the major threats in the background making their way up to the surface. Along with amazing characters, the storytelling in Castlevania is extraordinary. The only bad side is a bit of iffy pacing as the show progresses.

The disappointing soundtrack to the fans of the original Castlevania games

Although Castlevanias soundtrack contains many masterpieces, the fans of the games aren’t happy. The show is very loyal to the original source material. Castlevania is largely based on Castlevania 3: Dracula’s Curse, which was released in 1989 (1990 in the United States) for the Nintendo Entertainment System. Some of the most popular tracks from Castlevania games, including “Bloody Tears” from Castlevania 2 and “Vampire Killer” from Castlevania, don’t make an appearance at all, even as background music.

Why are the fight scenes in Castlevania so special?

Fight scenes in Castlevania are some of the best. All the aspects feel real. When you see someone take a punch, it truly feels like that person took a punch. The physics in fights seem to be so real. Because of the range of magical creatures and their abilities, we rarely see old ones. For this reason, each fight feels novel and mysterious. Another good thing about Castlevania’s fight scenes is that we see both sides get wounded. They get tired and at last one side becomes victorious. This progression adds to the effect of realism and satisfaction when our heroes persevere.

Castlevania is everything we could have wanted from the adaptation of the beloved video game. It is a show that effortlessly blends the source materials lore with brilliant character work and breathtaking animation. Both the heroes and villains are fantastic And all their reasons for why there doing what there doing Feel real and organic. To top it all off, the anime is very funny.

The Moral Questions Of Grave Of The Fireflies 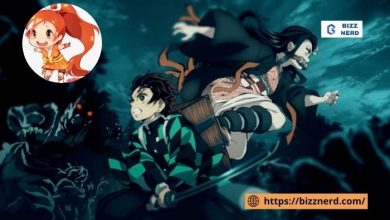