Attack on Titan has been on, and off, hair for about 8 years now. In this period, four gripping seasons have made up one of history’s best anime series.

Eren Jaeger, Mikasa, Armin and the rest of the Survey Corps return, four years after events that saw the Armoured and Colossal Titans attempt to kidnap Eren for his Titan. Things have changed, and one is left unsure of which side to root for all, as the story reveals the – quite justifiable – motivations of the other side.

In the third season of Shingeki no Kyojin (Attack on Titan,) it was revealed that the world is a lot bigger than the confines of the walls the story has played out all along. It is also revealed that the hordes of Titans who have devastated the land are pawns in a military game. They were put there to terrorize the land of India.

Season four puts us in the land of Marley, a rival nation to the native land of Eren and his group. In Marley, we see how the other side lives, and what drove the motivations of Annie, Reiner and the others when they infiltrated India.

A new group of recruits to the Marleyian army, who are of Eldian descent – and therefore can turn into Titans – is introduced early in the season. The group find themselves swearing loyalty to land that hates them for their abilities, though they are rather integral to their military strategy.

They are also faced with the spectre of impending annihilation as a war with a new faction, the Mid-Eastern Alliance, reveals technological advancements – in the way of warfare – that may soon see the use of Titans fall away. This may mean that the Marleyian army may do away with them, should they no longer need them.

This season turns slightly away from the central theme of previous seasons, “who is the real enemy“, to posing a series of moral questions. It puts characters at the mercy of institutionalized racism while questioning their ideologies. It also continues to ask the question, through the actions of its main protagonist, Eren, “at what point has one gone too far?”

The series is still, very much, survival-focused and the stakes are a lot higher. One suddenly realizes how big the Attack on Titan world is, and how focusing on a small part of it for so long has caused one to miss out on a good amount of perspective. While feeling lied to, and doing one’s damnedest to decide one’s position – in light of all that has suddenly been revealed – one begins to wonder if anyone is truly innocent.

Eren himself seems to flip a gasket and goes from being a passionate young man who is willing to put it all on the line for his friends, to looking more like a reckless lunatic who has been fighting for so long that he may no longer be sure of what he’s fighting for. He makes a few questionable actions, ones that somehow also make one understand the very personal sacrifices everyone has made throughout the conflict.

This is still Attack on Titan, and attachment to any particular character is still folly, as the series kills off some characters that have – pretty much – become institutional. The second part of the final season will be on our screens soon, and from what we’ve seen thus far, the Attack on Titan narrative looks as though it may conclude with a few explosive revelations. 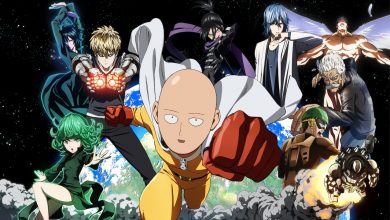