One cannot list a bunch of classic animé series without mentioning Cowboy Bebop. The groundbreaking Japanese animated series is so iconic that fans had mixed feelings about Netflix’s live-action adaptation.

One of the best animé series to come out of the ’90s, Cowboy Bebop – more than 20 years since it was first released – is still regarded as a groundbreaking anime television series. The series, especially the English dubbed version, is still regarded as an iconic series, and a great introduction to animé, in general.

The series follows the exploits of a crew of bounty hunters aboard a spacecraft, called the Bebop. The protagonists of this tale, Spike, Jet Black, and Faye each have a past they wish they could shake, in a series that explores loneliness and other existential issues.

The series, which saw great commercial – as well as, critical – success when it was first released in ’98 has captured the imagination for more than two decades. The cult classic recently had a live-action adaptation created by the streaming giant, Netflix. It has met with mixed responses but does speak to the anime series’ enduring appeal.

Not everybody reading this post will be aware of what Cowboy Bebop is all about, so we ought to backtrack a tad and offer more information. Cowboy Bebop science fiction, western, film noir-inspired mash-up of an animé series that kind of cut its path in terms of genre.

The series first saw the light of day in 1998 and was created by an anime production studio, Sunrise. Shinichirō Watanabe was the director behind the series, while the series’ soundtrack was the creative contribution of composer Yoko Kanno.

Cowboy Bebop is set in the year 2071, in a world where humanity no longer lives on Earth, but is dispersed across the Solar System. One can imagine what a logistical nightmare law enforcement would be in that sort of reality, so the powers that reinstated the Bounty Hunter system.

The series follows the crew of a small rickety spacecraft known as the Bebop. Spike, Jet, Faye Valentine, Ed, and data dog, Ein. The team of bounty hunters each have a unique past, Spike Spiegel is a former hitman for the Red Dragon criminal organization. He has a rough history with a character named Julia.

Jet Black is a former police officer, while Faye – who joins the crew – is a con artist with amnesia. Ed is an eccentric girl with a talent for hacking, while Ein is a genetically-engineered Pembroke Welsh Corgi with human-level intelligence.

The main story arc follows Spike’s bitter love triangle, between himself, the bombshell Julia, and ambitious gangster Vicious. However, the show allows one a glimpse into the pasts of the other characters. The circumstances behind Jet’s departure from law enforcement, Faye’s history as a young lady from the earth, cryogenically frozen to save her life. Even Ed’s weird meanderings.

The show explores several existential issues, with hunger being one of them. The series often sees the crew getting into a mishap that drains their funds, and they find themselves – quite often – having to go without essentials; food, vital ship parts, fuel.

Most of the tale’,s focus, however, is given to Spike’s former gang life. He and Julia fell in love while he was a hitman for the Red Dragon crime syndicate. Except she was the girlfriend of a former friend, Vicious. They had planned to escape the gang life to be together but Vicious found out about the affair and blackmailed Julia into killing Spike.

To get out of going through with it, she goes into hiding, while Spike fakes his death and goes into exile. Things between him and his past come to a head when he reunites with his sweetheart, and our broody protagonist finds himself making very personal decisions.

Cowboy Bebop has been successful in Japanese and Western markets, particularly the United States. It explores the concepts of existentialism, loneliness, and a past that just won’t let you go through its characters. The series has been one of the past 2 decade’s gateway series into the world of anime.

Announced as far back as 2017, the live-action adaptation by Netflix – released in 2021 – was criticized for not carrying the general mood of the animé effectively. Though the Netflix version of Cowboy Bebop, starring John Cho, and Mustafar Shakir kept true to the original anime, in terms of Music. The stretched episodes – for some reason – made for a more playful series.

Cowboy Bebop is a classic, no doubt about that. Most animé fans will have a story of the first encounter with the series. Whether one familiarizes themselves with the live-action version or not, they would probably be doing themselves a great disservice by not checking out the original anime. 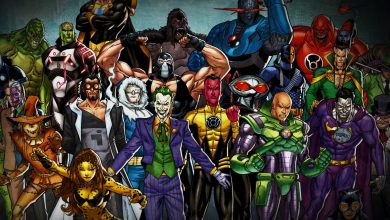