In DC’s Dark Knight, Batman comes head to head with the mystery of the Joker’s true identity – once again – in the comic book stable’s Batman: Three Jokers special release. In this epic, writer, Geoff Johns and penciler, Jason Fabok have our protagonist and his compatriots face deep emotional scars while contending with the revelation that there are, in fact,  three distinct Joker’s running around Gotham.

The joker’s true identity has been a mystery since the character existed. It has come to form part of the Clown Prince of Crime’s appeal as, due to his anonymity, his obsession with The Bat also remains a puzzle. 30 years after Batman: The Killing Joke first explored the possibility of discovering the purple clad ne’er do wells true identity, Three Jokers picks up where that story arc left off.

Johns, and Fabok teamed up once again, since Justice League’s DarkSeid War. This time, they come closer to resolving the mysteries that underpin the years-long dance between Batman and the Joker. Three Jokers, draws  Batman’s from copping a squat on the Möbius Chair, in DarkSeid War revealed about the Joker’s identity, there are three of the buggers.

The first book, in to three book miniseries hits the ground running, with the Jokers simultaneously running around Gotham, causing havoc. This means the team of Batman, Bad-Girl, & Red Hood (formerly, Robin) have their hands full, dealing with Joker related ghosts. The Joker’s, who now seem quite intent on making their existence known to the Bat, are three very distinct characters.

The Comedian is a version of the Joker, who is more a prankster who has taken a liking to Batman. His main objective is to bug the Bat, till one of the dies. Nothing more

The Criminal is a more brooding Joker, he presents the image of an incredibly serious mobster, with a slightly psychotic bent. This is the Joker that masterminds an operation to create the perfect Joker. One that will really mess with the Batman’s psyche.

The Clown is an all-out nut, sadistic. The Joker character has been reinvented repeatedly throughout the life of the Batman story, but he seems to be the Joker from  Death In The Family. Violent, and twisted.

All three Jokers represent different era’s in the character’s life, with the Comedian being the original Joker from The Killing Joke, while the Criminal appears to be the brooding Joker who appears in the standalone Joker series.

We find our heroes still licking their wounds, after all these years, from their respective close encounters with the Joker.  Jason Todd, or Red Hood, actually bit the dust at the hands of one of the Jokers in Batman: Death In The Family. He’s out for revenge this time, so the Bat must restrain Todd, while dealing with the three Jokers, suddenly making themselves very known.

The Jokers soon reveal their plan to create a perfect Joker, one that will keep the Bat extremely busy – or drive him mad. Their recent spate of killings – it is revealed – have been geared towards that end, all candidates have just not been good enough, up to this point. So the Jokers break into prison to kidnap someone linked to the childhood trauma that led to the existence of the Batman persona in the first place.

The protagonists’ emotions run high as the story unfolds, bickering among themselves –  there are some heated exchanges between Red Hood and Batman – as they come to grips with the Joker’s role in their pain. There are some – long overdue – resolutions to some of these ghosts, especially on the part of the Bat, which may set the scene for a different kind of Batman, going forward. At least, one who isn’t so haunted by his past.

The brief romance between Red Hood, and Bat-Girl – on the other hand – takes a different turn. Red Hood, however, ends up on the path towards healing from his tragedy. Expect behavioral changes on that front as well. 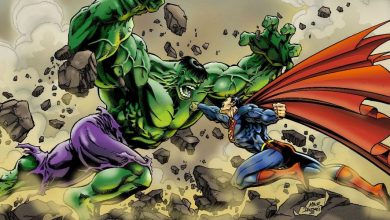 Assassin’s Creed Mirage – Everything We Know So Far

State of Decay 3 – Everything we know so far