Written by Robert Kirkman, illustrated by Charlie Adlard, and published by Image comics/Skybound Entertainment – the one off offering zooms in on the fan favorite villain, Negan. An avid user of the F-word, Negan made his first appearance in #100. Carrying a baseball bat named Lucille (in honor of his late wife) as his weapon of choice, merciless in his iron fist style of leadership.

Following his life being spared by Maggie (the late Glenn’s window), and a brief appearance in the finale. It seemed that fans would never get to enjoy his antics ever again.

However, Kirkman and Adlard decided to give the fans a once off – insightful – view into the life of our charismatic anti- hero.

The Negan Lives story opens with him laying down flowers over the grave of his trusty baseball bat as a tribute to his wife, who he believes is still shuffling out there with the others who fell victim to Kirkman’s zombie apocalypse.

This view of Negan in this special is quite different from the once heavy handed leader. He’s tired of being alive, but simply won’t take his own life. He suffers from depression, while having to survive on mostly palty veggies.

Upon returning to his hideout, he is shocked to find an intruder in his kitchen. A woman, she seems sociable and introduces herself to him as Lucy. A name similar enough to his late wife’s to make him doubtful.

However, Negan and Lucy sit down for some grilled rabbit and a conversation about life in a world full of zombies and how easily the “new normal” became the norm. There were very few options.

Time passes and the two become more comfortable around each other. However, Negan grows suspicious of the girl’s true intentions and believes she might be part of a bigger group looking to trap him. Upon confronting this possibility, he is immediately attacked by her accomplices who spring from the darkness.

*Not going to spoil the rest*

The book closes with a little tease regarding Negan’s future. Unfortunately for fans though, Kirkman confirmed at Comicon @ home 2020 that the Negan Lives series would not see a continuation.

Even though he himself admits that the issue “ends in a way that pretty much tells you that it is not a one-shot” , he justifies not continuing the series by explaining that in Walking Dead #193, Negan places flowers over a grave that is not the same one he places flowers over in Negan Lives. This shows that he eventually finds, and properly buries his wife. Following him on this journey would not be the best thing, because we know he finds her and doesn’t die trying to.

This is a great book for all fans of The Walking Dead comic book series and fans of comic  books in general. This I say because Kirkman and crew have opted to channel all their proceeds from this release back to the comic book stores. This makes it one of the most entertaining fundraisers one could ever participate in. 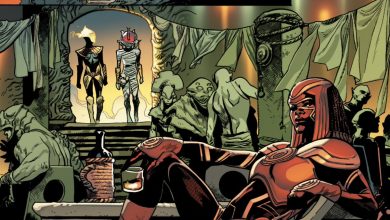 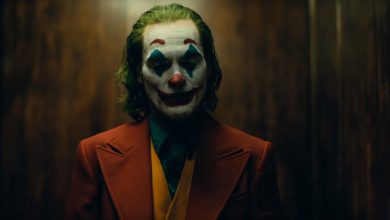