With virtual reality – since the Oculus Quest 2’s release – having become a veritable mainstream industry, the VR arms race is undeniably on. Vive seems to be intent of cementing themselves as a dominant brand in the burgeoning VR industry. With the Vive Tracker 3.0 in their product portfolio, they may do just that – and then some.

The new Vive Tracker 3.0 enables users to interact with virtual reality in a completely new way. Bridging the real world and virtual reality, the Vive Tracker 3.0 allows for the tracking of real-world items, enabling them to be incorporated into a virtual environment. Camera, baseball bat, or full human body, Vive will virtualize it.

Vive have designed their new tracker to be a nifty, and versatile little device that can be used for a number of purposes. From in game tracking, to game development – not to mention training for various industries.

The Vive Tracker 3.0 also allows for the tracking of inch-by-inch body movement within a virtual space, this requires at least three trackers though. The device’s sensitive tracking makes it ideal for animation, filmmaking, and video game development.

Vive’s new tracker presents an efficient, and cost effective way for production houses to perform the motion capture part of the creation process. The system can also be used with the Unreal Engine powered, Cine Tracer real-time cinematography simulator.

VR technology, beyond its boundless entertainment value, is enjoying increasing use in industry as well. Athletes, Corporate professionals, medical practitioners, as well as military, and law enforcement can harness the technology, for training purposes, in particular.

With HTC Vive Tracker 3.0 incorporated into an immersive training system, professionals have the luxury of tracking real-world equipment, to deliver a fuller training experience.

Where most people’s interest in VR lies. Full-body, and real-world object tracking potentially enables a more complete immersive experience. Seeing one’s own hands during gameplay should make the experience more real for most users.

Not many titles support full-body tracking at this point in time, but as the technology proliferates, more titles will come equipped with the ability to track hands and feet. Which should solve much of the movement problems associated with VR, in its current state. VR based chat apps will also benefit from full-body tracking, allowing them to simulate more natural social experiences, and environments.

VR technology has taken a very long time to get off the ground. It now seems as though the technology is undergoing a golden age of development. With social distancing being a reality that many of us have become accustomed to, VR fills in many of the gaps our social distanced existence has left.

ViVe’s new tracker enables a whole new dynamic to the virtual experience, which  makes it that much more natural. It’ll be fun to watch what leaps this device inspires. 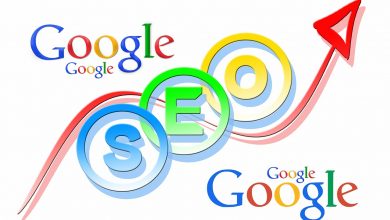 WANT A KILLER HOMEPAGE? CHECK OUT THESE TIPS