The world of Andrzej Sapkowski for the past year has only been gaining popularity among the general public. We can say that after the Netflix show even your mom heard about the Witcher. Millions have fallen in love with the cold-hearted and fierce Geralt of Rivia.

In the gaming world, the game that got this franchise an uncountable amount of recognition is Witcher 3: The Wild Hunt. I can easily say it is one of the best RPGs out there. Taking into consideration that CD Projekt Red was just a small Polish developer not that long ago, Witcher 3 was the masterpiece no one expected.

Usually, most players started with the third part cause it wasn’t a necessity to play the first two parts in order to enjoy the third installation. Amazed by the Wild Hunt, some of them decided to take on the first two parts. The second Witcher is somewhat playable and when you get to the first part… You will probably wonder what pile of garbage is this. However, even though CD Projekt Red is preparing a new Witcher game for us, they’ve also recently announced that they are working on a Witcher 1 remake in Unreal Engine 5.

Everything we know so far about the Witcher remake

The Witcher Remake is still extremely early in its production process, as you can see in the announcement Tweet, thus CD Projekt Red is already pleading for patience as it will be years before it is released.

Fans of the franchise are already accustomed to having patience given how far away The Witcher 4 is, so that part should be obvious. However, it seems likely that at this point we can’t truly hope for The Witcher Remake to release before 2025.

The opportunity for the story to change is obviously quite large. CD Projekt Red is completely rebuilding the game, but we can still draw some fairly firm conclusions based on how events unfolded in the previous Witcher game.

It presents a story that is a little bit simpler than that of The Witcher 2 or 3. Triss Merigold and other allies are attempting to assist Geralt’s recovery from amnesia as a battle between religious extremists and elven freedom fighters is happening.

Comparatively speaking to the games that came after, the first Witcher game is garbage; it has clumsy controls and much inferior production quality.

In Witcher 3, the fighting, which was a weak aspect in the original, had much improved. We predict that the combat in the remake will be even better.  However, one thing we’re curious to know is whether it will share the gameplay of The Witcher 4 or will it have its own separate path.

Well, the only conclusion we can draw so far is that it’s way too early to say anything. This announcement caught everyone by surprise, but we are sure it was a pleasant one. Only thing we can do right now is for CD Projekt Red to drop more information about the Witcher remake.

The Best Steam Deck Games: a Huge World in Your Hands! 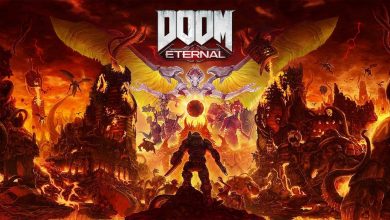