Valorant is an example of what happened when Riot Games – which is probably more renowned for being the creator of League Of Legends – got their chance to take their own approach to the free to play classic, Counter Strike. This is how it captured the hearts of FPS (First Person Shooters) fans.

Being Riot Games’ first shot taken at the fps scene, Valorant made its appearance through a creatively executed partnership with Twitch that handed out beta access selectively, and has since then grown into a smash hit among gamers.

However, Valorant does not rely on strategic marketing alone to impress players. Instead, Riot’s formula was to make the game play itself the primary focus. The theory behind what Riot calls “Competitive Integratity” is that if one wants to create a game to be enjoyed for years to come, focussing characters and maps may not have the same impact as focussing on the actual experience of playing – as maps and the like can always come in at a later stage.

The approach that Riot Games use with Valorant’s game play is all about making the player feel fully responsible for any mistakes that cause losses, not cheating, or balance issues that can be blamed on Riot Games. This is great because it works both ways, players are responsible for making the decisions that win matches – not an advantage created by asymmetry to how the map was designed.

At its core, Valorant’s gameplay is a page taken straight out of Counter Strike’s book. Players go against each other in teams of 5. With bomb planting as  one team’s objective, while the other is tasked with eliminating the other team or defusing it.

As familiar as all this sounds to Counter Strike players, Valorant is a completely different offering to the former as Riot Games’ creativity adds an extra layer of strategic playing by adding a special abilities element to Valorant.

With special ops and terrorists having been replaced by 11 characters with unique special abilities – known simply as Agents, players must be sure to choose an Agent who’s abilities will complement those chosen by other players in their team. The fact that you cannot switch agents until a match is entirely over makes this choice that little bit more important.

Each Agent character comes with their own signature ability. This is standard and will be replaced every round. Agents also have an ultimate ability and two other abilities they can use during matches. The former is earned by accumulating kills, while the later two must be purchased at the beginning of each round.

In much the same manner as Counter Strike, weapons are purchased at the beginning of each round. As for the weapons themselves, one has to get a little used to how they work – harsh recoil and a lot of spray – before getting the best of what Valorant has to offer.

The aforementioned spray is at its worst when players are moving, so most engagements on Valorant mean coming to a complete halt – where the best aim and quickest trigger finger decides who the winner is. These pauses end amazingly quickly, in case you were wondering.

At this point in time, Valorant only has five maps available for players to choose from. Thankfully, there’s more than enough in it’s gameplay that it takes a while to fully notice this. Getting to know these maps is advised, as it is always helpful when trying to anticipate enemies movements – the fact that you only have 4 to learn makes this easier.

Though Valorant is totally void if a storyline, the tangible focus on the gameplay sets this game apart. As simple as Riot’s recipe is, it’s a winning combination.

Dark Souls: Remastered’s Fan-Made Sequel, Nightfall, Is Soon To Launch; Here Are All The Details 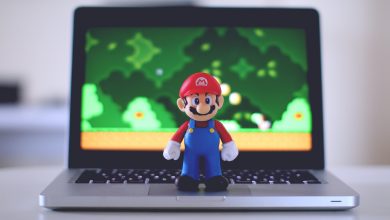 Everything you need to know about League of Legends