The rhetoric emanating from captains of the financial industry and government officials, alike, is that these groups – who operate far beyond the bounds of any law, except for their own – use digital assets as a means to evade law enforcement while ploughing their trade.

Those issuing such warnings often offer scant details as to how criminals use cryptocurrencies, with crypto transactions usually being recorded on a public blockchain. After some digging, we have discovered that cash is still king in the criminal underworld. In fact, for every $800 dollars in fiat used in criminal activity, only $1 worth of Bitcoin is used according to a Messari Research report, published in July of 2019.

However, as Anti-Money Laundering procedures and blockchain analytics technology is increasingly being put to use in the growing industry, the appeal of digital assets as a means to fund illegal activity is set to shrink dramatically. According to analytics firm Elliptic, Bitcoin valued at $829 million was transacted on the darkent last year in 2019. The number equates to about 0.5% of all Bitcoin transactions made last year. If Messari’s research holds true, then over $6 billion of darknet transactions were made in fiat.

Although digital assets may be falling out of favor with the traditional criminal world, new technologies tend to spark innovation on both sides. As such, new forms of crypto crime have come to the fore. While, fewer and fewer crypto users are spending their holdings on narcotics and hitmen (as in the Silkroad days), a new and more sophisticated crop of criminal has emerged in the crypto space.

Perhaps, owing to the growing recognition of the digital assets sector as a valid economic force, criminals are no longer (they barely ever were) conducting their business in crypto, but stealing it. According to blockchain analytics firm, CipherTrace, 2019 saw the amount of crypto funds stolen by bad actors increase by 150%, to $4.4 billion from a total of $1.7 billion the previous year.

“The 150% increase in crypto theft and fraud reflects how criminals are adapting for bigger and better scores,” said Dave Jevans, CEO at CipherTrace “Criminals chase money and the money is right here and ripe for the taking. Little attacks are often easy to defend against, but targeted attacks are far more lucrative.” he went on to state.

Cryptojacking, a method where hackers superstitiously  planted malware on unsuspecting users’ computers to mine digital assets fell away as a popular form of crypto-based criminal activity at the beginning of 2019, giving rise to more sophisticated froms of attack.

The digital asset based investment scam has been around since the days of fraudulent token sales known as ICO’s (Initial Coin Offerings). This form of investment scam will see a bad actor, or group of bad actors spending a good amount of resources to come off as a legitimate cryptocurrency firm, looking to raise funds for a blockchain project by issuing a token in return for an investment. Their intention, however, is not to build out a fancy new blockchain with amazing new features and utility value, but to head for the hills as soon as they’ve concluded their activity.

Hex token was a popular example of a fraudulent token sale in 2019. Richard Hart, Hex Token’s creator, raised $7 million in ETH from investors and, soon after, moved the funds he had collected to Binance. Classic exit scam.

Ponzi-like crypto investments have also become common in the crypto ecosystem. Promising large returns in a short space of time, they employ hype to convince users to invest their funds in a fraudulent staking, cloud mining, or trading scheme. This sort of investment scam will appeal to one’s innate greed by using testimonials from users who don’t really exist to lure unsuspecting investors and create a sense of urgency by prompting users to act quickly.

This is when hackers send an email, SMS, or clone a legitimate website in order to collect user information. Phishing scammers will usually also pose as representatives of a company and ask a user for certain information as part of a ‘verification’ process.

Hackers will then gain access to the users’ exchange accounts and wallets, emptying them of available funds before disappearing into the vastness of interweb.

Digital assets are an emerging technology, and companies are still building up the security side of the ecosystem. Hackers often take advantage of loopholes in security infrastructure and make off with millions of dollars of digital assets in one fell swoop. In many cases causing an exchange to close its doors.

Crime in the digital asset ecosystem has changed a lot since the early days. Although criminal use was actually one of Bitcoin’s earliest use cases, it has become more difficult to use cryptocurrencies in illegal activity. The criminal underworld’s focus has rather shifted from use to outright theft.

While theft has been on the increase, so have security and blockchain surveillance methods.In fact exchanges have begun to implement technologies that require an impossible amount of computing power and time to hack successfully.

As a result of the improvement in security, Law enforcement may soon be able to track crypto criminals far more efficiently and quickly, while the industry at large may become more secure than the traditional financial sector. 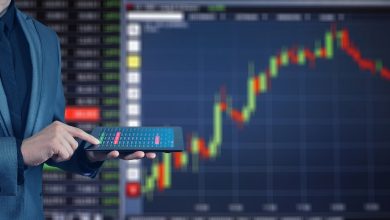 Shiba Inu: Is It More Than Just a Dog Themed Meme Coin?