Furthermore, I bet after this is done, you will have learned about at least one little hidden gem or little known trick you can utilise on your mobile device. Believe it or not, these little secrets and tricks will help you respect the app developers more than you already do.

Since our mobile devices are such an important fact of life, app developers have let us in on some of the secrets. There are fun things to learn about, and secret tools that can help us in everyday life.

Did you know that if you have a plain or dark coloured background, this will shut off the automatic pixel and allow your battery a longer life.

Many of the Android devices have been enabled with speech to text capabilities. This means that you do not have to read an article, you can listen to it instead.

Now there are some of you parents out there who end up allowing the kids to play games or watch movies on your mobile devices. With a little gem called guest mode, you can set the phone to ensure that none of your important data or contacts are erased, or lost.

For the users with diminishing eyesight, magnifying the screen is of a great benefit. This can be done easily by going to the settings and then accessibility. This will bring you to magnifications settings.

App developers have left Android users with a free gift. It is a game that may be somewhat difficult to locate though. If you go to the settings then click on the about phone option. Voila’! You will find that if you tap Android version quickly a few times a little marshmallow icon shows up, click again and a game pops in. You know you want to….go ahead we will be here when you return.

With the help of the Bluetooth mode on your phone, you can control the pointer on your laptop or desktop computer, after downloading a special program.

Here is one that everybody could use. If you set your phone to air plane settings when charging your Android device, it will charge almost 50% faster.

For those who dislike having to unlock your device all the time, enable your device to use smart lock. With your choice of settings, you can have your phone automatically unlock when you are at home, work or wherever you choose.

There is a trick that was saved for only the high-end devices. Now though, you are able to use split screen mode on most Android devices.

These app developers are geniuses I tell you!
If you need to access settings quickly, instead of using one finger to swipe down from the top, use two fingers. This will get you there faster.

A basic one that all Android users should be using now when driving. Use your voice and speak to Google. Instructions, questions, whatever.

Here is one that may surprise us. Did you know that applications make most of their money through advertising, and not purchase?

Android will be top dog for a long time to come. Up to 80% of the operating systems being used today are Android. That should not surprise most of you though.

If you have ever wondered how app developers come up with all these apps, wonder no longer. The majority of apps are developed because they were considering their own needs, and not others.

Using two platforms is the way of developing now. Developers who wish to continue in the field must be equally proficient on both platforms, IoS and Android.

You can use your LED flash to flash for notifications on your device.

Android has a safe mode that everyone can use if needed. If you bring your power off menu and long press on the power off, it will take to you to safe mode and shut off all third-party apps.

App developers were right on target with the next one for many of us. Just as with your television, you can set a timer on your Android so that if you fall asleep listening to music, your device will stop after the time is up.

So now, I have to ask, ‘Do app developers receive enough credit for all they do?’ Even if you understand that they are thinking of their direct needs when developing apps, app developers are phenomenal. They have an ability to make our lives so much easier without understanding how much of an impact they have made over the years.

Without the app developers listening to all feedback, developing prompts that save a lot of time and enabling choice making in many apps; the majority of us would be lost with too much time on our hands. Why? Simply, without app developers there would not be as much reason to be living on our mobile devices as much as we can now.

App developers are the creators, and designers who can give us motivation, help us relax after a long day or simply forget about all the stresses in life. Many thanks to them for helping us keep our sanity.

Elena Randall is a Content Creator Who works for Top Software Companies, provides a top 10 list of top software development companies within the world. She is passionate about reading and writing.
Check Also
Close 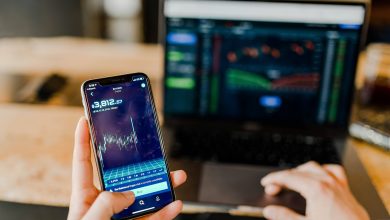 How does a cryptocurrency exchange benefit its users?