The God of War game franchise consistently releases some of the most memorable games for the ever-growing action-adventure genre. Some would go as far as to say that it’s the greatest game series in its genre. So here it is; the top 10 greatest titles ranked from the God of War franchise(from the worst to best).

Easily being one of the worst God of War games released, Betrayal is a mobile game released in 2007. A lot of games have made successful expansions into the mobile gaming field. However, Betrayal was not one of them. It is a poorly adapted mobile game with fidgety controls and monotonous battle gameplay. It was released in 2007, in an era where mobile phones were not nearly as advanced as they are nowadays, so it limited the game’s potential to capture the idea’s full essence.

Although not the worst installment to the franchise, God of War: Ascension is a capturing title but lacks the gameplay and storyline to follow through with its promise. The franchise was clearly milking a malnourished cow with this release as it lacked the story depth the previous games had shown. Released on the PS3, in 2013, this game did not provide any plot development as it only dove deeper into Kratos’ past trying to deepen the already bottomless background story. This missed the mark with many fans as they were hoping to see more plot progression.

A call from the Wilds is a messenger adventure game released on Facebook in 2018. This title is the most unique game in all of the franchise due to it being on such an uncommon platform with such an uncommon game experience. This game was released as a prequel to its 2018 console installment. Although it isn’t a bad game considering what platform it was played on, it simply cannot compare to a lot of the other titles in the franchise.

This was the first PSP game released in 2008. Being a spin-off, it lacked all the attention that the mainline games received, deceiving fans to believe that it is just another installment that was released just to fill in an empty spot. However, they would be very very wrong as any GoW enthusiast would tell you; do not skip this game as it gives the player a better understanding of Kratos’ past as Chains of Olympus’ plot takes place before the first game. Although it is on the PSP, the mechanics of the game are similar to the normal console installments, making it easy to play.

5. God of War: Ghost of Sparta

This was a PSP game released in 2010(the final PSP GoW installment). Ghost of Sparta has lots of plot progression, especially in contrast with the first PSP title, Chains of Olympus. Although it is a spin-off, the events that are covered in this game are essential and the game is unique in its own right. Although it has a beautiful storyline that delves into Kratos’ journey through the Underworld in search of his brother, it simply dulls in comparison to some of the other games that are more focused on the main continuing plot.

This was the first-ever GoW game and was released in 2005. Including the original game in a ranking list always gives a good gauge to measure how the other games in the franchise compare. This game was one of its kind when it was released. It had addictive and fast-paced battle gameplay. The combo-attack system was the smoothest that was available in the gaming scene at that time. Although what holds this game back is its repetitiveness during some puzzles and its unoptimized platforming.

This game was pressured a lot to take on and carry the momentum created by the first game. Saying it did is an understatement. Not only did the game evolve during God of War II, but it also created even more hype for the ending of the revenge trilogy. The storytelling was effective in capturing the player’s attention but the real improvement was in the gaming experience. The graphics and mechanics were massively improved. This made many fans feel very excited for the final bowtie on the top ending to the trilogy.

This sequel was forced to live up to yet another masterpiece of a story with an immensely improved gameplay experience. This installment was the finale to the addictive build-up that everyone had been patiently waiting for. And this game definitely delivered. Regardless of how unrealistic it was to possibly live up to the expectations of God of War II, it somehow managed to satisfy almost everyone with its picturesque graphics and intense revengeful emotion. Kratos hit fans with the goriest finishes and the most emotional scenes. It tied up the trilogy better than we could’ve hoped for and gave a satisfying conclusion to the Greek mythology storyline.

The title that unarguably takes the first place trophy is most certainly God of War. This game broke all previous boundaries while stepping into completely new mythology- Norse. Kratos’ relationship with his son grows even more during this game and has a lot of emotional moments. Following all the cinematically breathtaking games from Sony, God of War was thought to have been set up for failure. The franchise once again blew everyone’s expectations out of the water by producing one of the most dazzling games in 2018. It caught the attention of anyone and everyone… and for a reason. After over a decade, the franchise finally decided to give the game/fight mechanics a massive change and this was very well appreciated in the RPG community as it allowed for more of a customized gameplay experience. This left fans craving for more and it promises to come back harder than ever.

Dark Souls: Remastered’s Fan-Made Sequel, Nightfall, Is Soon To Launch; Here Are All The Details 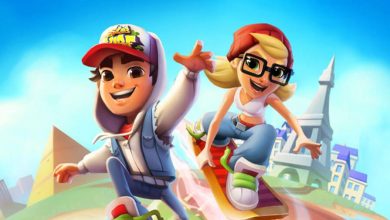 The Success Of The Subway Surfers Franchise