DC Comics have, over the years, introduced fans to some of the most powerful characters imaginable. Unlike the humanly relatable characters of the Marvel Universe, DC characters seem to fight for bigger stakes and are equipped – by creators – to rise valiantly to the occasion.

The comic book stable’s flagship hero, Superman, being as powerful as he is, would need formidable foes to tussle with. Not to mention allies, to lend him a hand when he’s bitten off more than he can chew. It goes without saying that a being with god-like abilities would have to pit himself against beings of equal, or greater power to be a decent hero.

Without any further platitude, we have prepared a short descending list of some of the most powerful beings that the human mind can conceive. Brace yourself, because we don’t see spiderman taking these guys on and walking out alive.

Besides being ultra powerful, the Czarnian Bastich is also an archetype of badassery. A law unto himself, Lobo is the last of his kind – routinely making sure of the fact by wacking any of his species he encounters.

The Czarnian enjoys the advantage of being nearly indestructible, he’s even regenerated his entire head after it was blown off. Lobo has pummeled the Caped Wonder on numerous occasions.

Darkseid has probably kicked Superman’s but more times than any other villain in the DC universe. Darkseid’s class of being is New God. With that, comes an array of abilities; immortality, invulnerability, superhuman strength, and the Omega Effect which makes him even tougher to defeat.

All anyone ever sees of Darkseid, is an avatar, projected onto any universe through the Omega Effect which is why he keeps coming back from the dead. In fact the Justice League came into being because the world was in danger of having a great evil befall it, that evil, was Darkseid.

Although existing in a separate universe to the main DC universe, and therefore never coexisting with other powerful beings, Manhattan deserves a mention because internet chatter often compares him to Superman.

The energy based member of the Watchmen, is the result of a freak lab experiment (sound familiar?). He was disintegrated in the explosion, but – get this – he managed to put himself together in the following days. He is now so powerful he can perceive and manipulate matter on an atomic level (you know, make himself into a giant, take whole humans apart – molecule by molecule – with a single thought).

There are characters who dwarf him in ability, but the guy’s perception of time is weird. He can sees the past, present, and future simultaneously. One would think such an ability would make him formidable but he’s rather nihilistic.

The number 3 spot could just as easily go to Anti-Monitor, who once bested The Spectre, The Decreator, a destructive force which can’t be reasoned with or stopped, or The Endless, seven nigh-omnipotent siblings who are named after complex emotions. However, due to tenure, Mr. Mxyzptik gets the spot as Mxyzptik has been tormenting the man of steel since the ’40’s

Mr. Mxyzptik does not adhere to any physical laws and can warp reality as he pleases. Unlike the characters he beat out of the 3rd spot, the impish being from the 5th dimension never harnesses his power for destruction, instead he uses his power to annoy his victims for his own amusement (particularly Superman). The only way to “defeat” him is to solve one of his convoluted puzzles. 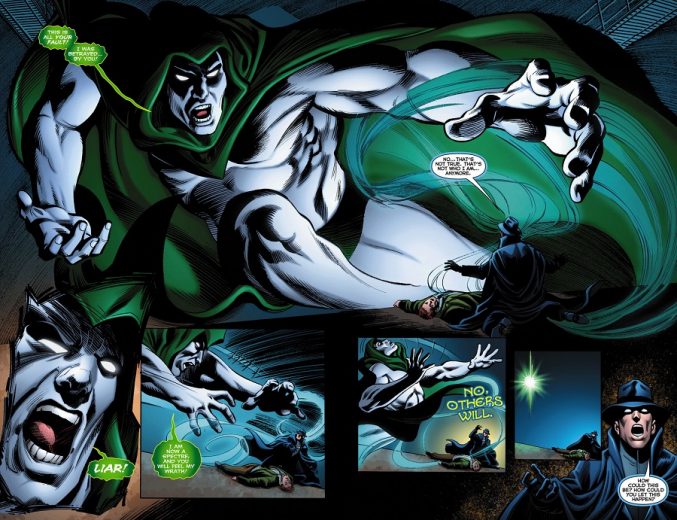 The Spectre takes second place, and is a cosmic being who embodies the vengeance of the creator of the universe. The character came into being after an angel who had taken part in the rebellion against heaven, Aztar, repented for his sins,was subsequently stripped of his memories and became a vessel for the Creator’s wrath.

The Spectre is near omnipotent and capable of bending reality to its will; turning characters to ice for cold-hearted behavior, and wiping nations out of existence for genocidal violence. It wasn’t until the archangel, Michael, informed the entity that it couldn’t roam the earth without being bound to a human soul, that the Spectre took human form (so to speak). Michael Corrigan, and Green Lantern Corps member, Hal Jordan are notable names that have played host to the ancient one. 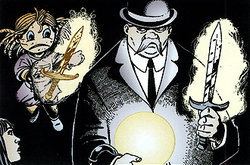 The Presence gets first place because this character, aside from the writers and artists, is the reason the endless worlds of the DC universe exist in the first place. The Presence is practically DC’s version of God. From The Spectre, right down to Aqua Man, this is who they would pray to.

Imagined by Jerry Siegel and Bernard Bailey, The Presence first appeared in More Fun In Comics #52 in 1940 and has often been referred to, by other characters, as Yahweh (incidentally the original name of the Abrahamic God), The Hand, The Source, or The Voice. This character is seldom depicted, but has taken many forms throughout the years. 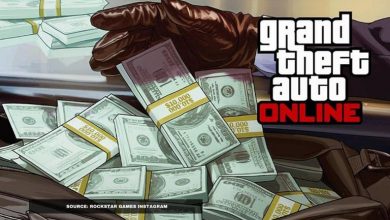 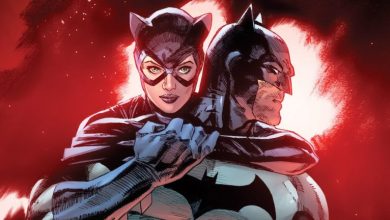 Surprise! Batman Is About To Be A Father

Most Powerful Characters In The Marvel Omniverse