The chip maker has come up with – what they call – the “world’s first 5G and artificial intelligence-enabled robotics platform”. The San Diego, USA, based computing hardware firm intends, with the Qualcomm Robotics RB5 platform, to become the go-to supplier for robotics platforms for a variety of industries.

The company claims to have produced the most advanced robotics “comprehensive, integrated” platform geared towards robotics. The company appears to have out done offerings by rival chip firms Nvidia, & Intel by developing – true to form – a smaller device, with better connectivity capabilities.

As the name suggests, the platform is aimed at being the heart of the next generation of machines; autonomous devices that relay information back to the operator, in real time. Qualcomm have done a ton of work – in the past four years – to gain as much robotics industry recognition as possible, with Dev Singh as the Senior Director of Business Development & and GM of Robotics, UAVs & Intelligent Machines at Qualcomm.

The Qualcomm Robotics RB5 platform became available in June of this year, as an improvement on their previous robotics chip; the RB3. The QRB5165 processor is what powers the RB5, integrating an Octa Core Qualcomm Kryo 858 Central Processing Unit, the in-house produced Adreno 650 GPU, along with multiple compute, audio, and sensor DSP’s. The System also comes packed with Qualcomm’s Hexagon Tensor Accelerator.

The RB5 platform is equipped to support up to 7 cameras, all working simultaneously. The platform is good for indoor and outdoor lighting, allowing for simultaneous localization and mapping, autonomous navigation and the identification of objects, among other functions, an autonomous unit would need to perform.

Qualcomm, who spend over $5 billion a year on research and development, have clearly barred no holds in the design of the RB5. The firm has stuck their 5th generation patented AI engine into the platform, which delivers 15 Terra Operations per second (the previous platform only delivered 3 TOP’s), enabling machines to run heavy AI and Deep Learning processes. With 4G, as well as 5G connectivity enabled, the RB5 could easily help usher in a new wave of IOT oriented machines.

“We are providing the key building blocks for any type of robot, including anything from a $200 consumer robot to a $2 million industrial robot,” Singh told robotics business review.com, 19 June 2020. “We have the best heterogenous compute platform. It’s the perfect brain for robots, and our platform is a Swiss army knife for robotics development.”

The RB5 was heavily anticipated before launch, and has pretty much exceeded expectations. A few months after release, competitors have yet to respond with competing products. Qualcomm’s RB5 may well go on to backbone an evolution in the robotics industry. Just in time too, with the robotics industry projected to be worth about $170 billion by the year, 2025.

How To Read The Ichimoku Cloud

The Benefits of Using Phone Verification to Confirm Customers’ Identity 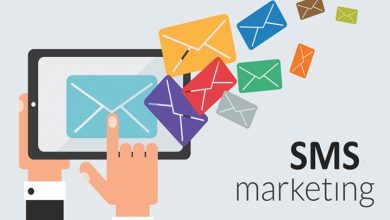 SMS Marketing Benefits: What is it and when was it born?