Proving that it really is the product that brought Virtual Reality technology into the mainstream, Facebook’s VR headset wing, Oculus’s Quest 2 – along with stablemates, Oculus Rift, and Rift S – are the most used VR headsets on Steam. The video game streaming platform’s latest survey reveals that the Facebook-parented Oculus’ dominance over the list of VR headsets  most used on the firm’s VR ecosystem is – at present – sustained.

About six months since it first went on sale, the Oculus Quest 2 has blown past a lot of rivals by delivering a great VR experience, at a more accessible price point. The VR product’s success is perhaps evidenced by the usage stats presented, every month, by Steam. Last month’s survey painted a similar picture.

In February, Oculus Quest 2 took up 22.91 percent of total VR hardware numbers, while the Oculus Rift took second position with 21.58 percent of the platform’s total adoption rate. Placing third, and securing Oculus’ dominance over VR headset adoption, is the company’s Oculus Rift (standard model,) commanding 16% of VR hardware adoption rates. Tallied together, that is a total of 60.48% of VR hardware usage of the gaming platform belonging to Oculus products.

In March however, the numbers are slightly down from the previous month (by about 8.2%.) Total Oculus adoption in March added up to 52.28%, with the Oculus Quest 2’s popularity showing no sign of abating, increasing its share of Steam’s on-platform VR hardware uptake rate to 24.25%. Oculus’ Rift S headset usage rate indicates that it may be falling out favor with users, with its adoption rate falling slightly, to 20.96%. The Rift (proper) on the other hand, may be losing ground to newer models, as it went shrinking violet in March, giving up a good amount of market share to finish the month off with 7.07% of VR user patronage.

The best VR headset of 2021 – thus far – is the Oculus Quest 2, according to PC Gamer. Hard to see why it shouldn’t be ranked so, despite the fact that the Oculus Quest 2 really isn’t the most technically powerful of the current crop of VR gaming products out there, as it delivers amply on factors that have made VR more than just a novelty technology that can be appreciated by a few.

Having moved 1.1million units (by last count, back in February) since launch, the Quest 2 is lauded as the VR headset that finally brought VR technology into the limelight. The headset was less awkward than previous models, with built-in tracking, ergonomic, lightweight design, and most importantly, it was wireless. Previous iterations of VR headset technology had required a wire link-up to powerful – and expensive – gaming PC’s. Which left the average casual gamer out.

Oculus sought to marry the two separate spheres of the gaming market, by designing a VR headset that delivers on the needs of both hardcore, and casual gaming enthusiasts. At a price point that left nobody complaining. “When I first tried Quest, it really felt like the experience I had seeing the first iPhone,” explained Mike Verdu, Facebook’s Head of AR/VR Content, to GQ magazine UK back in February.

The jury is still out on whether, or not, the company can keep up it’s dominance over the VR headset market. However, Facebook have stated, repeatedly, how bullish they are on the technology, and have moved to dominate the space by delivering an intuitively designed piece of hardware. Oculus’ VR hardware offerings are obviously the ones to beat right now, and from the looks of things. Other VR brands aren’t about to rest on their laurels. Expect VR technology to be a hot topic in the months to come. 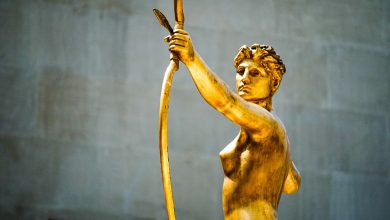