PUBG or Player Unknown’s Battleground is a battle royale video game that was published in 2017 by a game studio called KRAFTON. It is safe to say that the game was a cultural reset in the gaming community. The battle royale gaming craze had its starts exactly here. On Steam, before it even left Early Acess, PUBG already sold over a million copies and now it has become free to play.

What is PUBG about?

At the beginning of the match, all of the players get put together on a single plane from which you pick your location and jump off. Basically, you start off naked – with no armor, no ammo, and no guns. In order to get the upper hand over others, you loot all the things necessary that you find all around the map. The map progressively gets smaller and the last player standing wins the Chicken Dinner.

Starts of a decline

Like we previously said, PUBG, along with Fortnite, was the reason why the world went into a craze with battle royale videogames. After so many years, it’s natural to see a start of a decline in the game, but not in the way you’d expect. It isn’t because the game got boring. PUBG lacks optimization, especially on consoles. A lot of big streamers like Shroud or Dr. Disrepect moved on from playing the game, even though they have said multiple times that they loved it.

The game would be much better if it improved the graphics and platform optimization. You cannot even look at a building that’s 200 meters away. For a while, PUBG was in a place of stagnation. However, recently the developers have announced many improvements that are coming. So far, only the movement has been changed, but it gives the players something to look forward to.

We can only speculate, but our predictions are that a lot of big changes are coming to PUBG this year. Most of the people who wanted to play PUBG probably purchased the game in these five years. So, a much bigger player base is not expected by anyone. It is also true that the previous price tag of 30 dollars has put some people off from getting it and it was certainly true for us:

On the other hand, a lot of old players are now returning. That is because of the positive changes that have been made to the game, and many more are announced to be in progress. The ones we saw so far are training mode for new players, changes in movement, backend configurations, and so on.

PUBG is a simple game and people like simplicity. You can easily explain a game like this to your grandpa: You are on an island along with 99 enemies, you got guns and you fight to be the last surviving. That’s what made it so popular on streaming platforms like Twitch. It is easy to follow and fun to watch, any battle royale is like that. With the team making positive changes, we can only expect this game to grow. But, a realistic shooter like PUBG will always have a niche following. 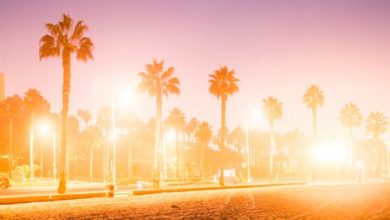