With the Initial Coin Offering (ICO) era of blockchain behind us, it’s probably a good idea to look back and see what lessons can be learned from one of the industry’s most lucrative periods. 2017 was a great year for the innovative fundraising model, it opened startup enterprises up to a new way to access capital, and Joe Average a new way to invest.

There were thrills, and then there were magnificent spills at the close of Bitcoin’s second post-halving bullrun. Following the 900-odd ICO’s that took place in 2017 – which collectively raised over $3 billion – it later came to light that 46% of them had failed within the same year, with a startling 80% turning out to be outright scams. The ICO didn’t run out of steam however, with token sales in 2018 raking in a collective total of $6.6 billion.

The ICO model, made famous by the Ethereum network, is loosely based on the traditional equities market’s Initial Public Offering, or IPO fundraising model. Instead of issuing tokens, a company wishing to raise funds will break itself up into fractions of equity, or shares. These shares entitle the holder to a portion of the company’s profits, which also determine the value of said shares. This bit is usually left to speculation.

Companies looking to go public use the P/E ratio to figure out their value. They divide the share price by their earnings, to come out with a constant value. Share price is determined by the P=kE formula, share price is equal to earings multiplied by constant value. The IPO model isn’t ideal for startups due to the fact that they, not only have to generate revenue, but make a profit as well, in order to come to values that are attractive to accredited investors.

Now with ICO token sales, companies didn’t issue tokens representing equity in the firm, but tokens that promised to serve a function in an ecosystem – which, often times, didn’t even exist yet. The selling point of these digital assets was that the buyer would have access to a game changing virtual service economy, that the tokens would appreciate in value as the ecosystem became widely used (demand & supply), and that lower income individuals got to take part in an investment model that was similar to the elites’.

All good in theory, but if one takes into account the fact that many ICO participants – at best – had a rudimentary understanding of economics, and that the ICO token sale model enjoyed zero regulatory oversight, then one could possibly have foreseen disaster. With so much value flowing into it (the ICO arena), it quickly became fertile ground for scammers. Especially if no set formula for determining initial token value existed.

Seeing as ICO-modelled token sales issued utility tokens for ecosystems that didn’t quite exist. If the ecosystems were merely theoretical, and had no users, then the tokens only had speculative value. A common argument is that, if utility tokens operate on a demand and supply basis – as in, they rise in value as a result of demand because of growing platform use – then they are, in fact, equities.

Having a working model of the system before going to ICO, or quickly building one out shortly afterwards would probably have been the best way to approach this factor. However, firms have usually blown through the funds living luxurious lifestyles instead of releasing a working product on time. Some are known to have simply cashed out and run for the hills.

Another aspect to consider in the question of utility of tokens is the overall usefulness of the system they are supposed to work on. In many cases, the tokens represented a completely worthless  product, while having a white paper that touted the platform they would run on as revolutionary. Not everything has to go blockchain.

The ICO token sale model was wildly successful, but did not enjoy any regulatory oversight. This means that billions of dollars of retail investor funds were left exposed to fraud. Boy, did the fraudsters have a field day! Coupled with the fact that the token issuers themselves, through the issued token, entitle the investor to no rights apart from access to service its obvious where criminals found gaps to exploit.

Different types of more accountable token sale models have come up in the wake of the ICO model. Initial Exchange Offerings, or IEO’s, are carried out through digital asset exchanges. The exchange plays the role of regulator, vetting token firms on behalf of investors. IEO transactions usually occur through exchanging the exchange platform’s native asset for the token on offer. This, and other widely reported unscrupulous practices by exchanges however, casts doubt on the legitimacy of some IEO token sales.

STO’s or Security Token Offerings have also seen a rise in popularity. In an STO, the token sale is registered with a regulatory body, with the token being recognized as a security entitling the holder to equity, and/or voting rights in the issuing firm. Regulatory bodies, and capital markets around the globe are beginning to adjust their policies to accommodate blockchain and tokenized equity in response to the growing influence the technology is gaining in the financial industry.

The ICO crowdfunding model, inspired by the IPO model endemic to capital markets, was disruptive. In true maverick form, it followed no set rules or structure. Each ICO was bigger, and more hyped than the last. The fear of missing out on the next Bitcoin gripped investors, ICO’s employed newer, and more spectacular tactics to draw in the crowd.

With speculative hype reaching fever pitch, there were telegram groups, fake traffic, bounty programs, and social media marketers. So much money was flowing into crypto that Bitcoin rallied to $20,000 in December of 2017. The problem is that, without any actual developmental progress, the sense of impending wealth and that investors were participating in a new type of economic system quickly fell apart. Many an investor was left holding the bag in the resulting market crash.

The industry, as a whole, has responded by focusing on quality. You may have noticed that you can do more with cryptocurrencies today, than you could at the height of the bull run. Many of the few projects that went on to develop actual products are thriving firms today. Offering bank-like services, digital asset based lending, and a myriad other offerings. The spin doctors still exist, but generally have less influence over investor decisions as the average digital asset investor has become more discerning.

Digital assets, though technically innovative and logic based, are relevant because of human interest. People drawn to the digital assets arena entered the space carrying with them, their personal hopes, fears, as well as prejudices. The ICO era is directly, and indirectly responsible for the high number of digital asset users today. The racial discrimination, misogynic discourse, and irrational coin loyalty that existed before the ICO era blew up exponentially during, and after the ICO still exist today.

The issues are, no doubt, a reflection of greater societal matters – the crypto community doesn’t exist in a bubble after all. These are issues that may continue to persist until general societal ills are resolved.

The ICO era may have been responsible for a lot of hype, controversy, and liquidation, but it was still an innovative fundraising model. The amount of value it brought into the crypto industry attests to that. There are areas where the first iteration of the token sale model fell short however. Investor protection, and technology build out are just some of the key areas where the model was found wanting.

The ICO model has not completely died out as it seems, but has morphed into other models and has, itself, become more directed at legal compliance. It would appear that the token sale may live on, but in a more sophisticated and investor friendly form. 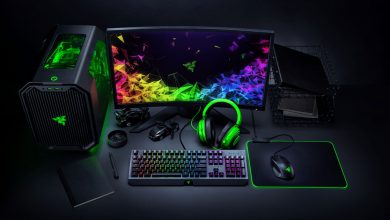 Top Gaming Peripheral to Improve Your Gaming Skill in 2019

Spider-Man: No Way Home – The return of the old Spider-Man?