On the 29th of March this year, a nearly two decades old horror classic, Doom 3, was officially released for PSVR Thanks to a collaborative effort by id Software and Archiact. This is great news for fans of the original who have now moved on to the world of Virtual Reality gaming.

However, having moved on as time and technology have is where some players may find that nostalgia sometimes comes with a few drawbacks. Unfortunately, video games tend to be quite susceptible to this reality.

Over the years, successful video game developers have become very adept at taking advantage of new technologies, and learning what works and what doesn’t in order to increase their monetary allotments for creating new games. This has resulted in a major gulf between the old and the new, as far as the experience is concerned.

For many players, a trip down memory lane can lead to some degree of letdown when revisiting some of the classics. Nonetheless, the chance to relive an experience with the added immersion of VR is one that might be particularly difficult to resist.

The Archiact and if software due have done quite a bit to better the Doom 3 experience for PSVR like, improved resolution. However, it might be a good idea to remember that this game was not released as a fully remastered version of the original – so as not to be surprised if some aspects of the gameplay feel like they were crafted during the first few years of the millennium (that’s because they were).

The situation with lighting and animation is much the same as the aforementioned. Though not completely unbearable, there are instances where it is visibly dated – shining a spotlight on the limitations of modern polishing techniques used to remaster video games.

The positives of the PSVR version of Doom 3 make these few shortcomings easier to overlook. When played with the immersion of VR, Doom 3 offers a lot more depth to the affair than the original. The interplay between light and dark, shadowy areas that conceal horrific dangers is a big part of what made the original a success. With the 3 dimensional view of VR, Doom 3’s iconic shock you silly moments are sti there, though not as potent as when you first played the game all those years ago.

In VR, even a scenario that wasn’t supposed to be a scary one could have slowing down your approach, or maybe even retreating a little bit. So it is rather strange (for fans of the original arrangement) that the flashlight not be a stand-alone item, like in the original. Approaching a dark room with the option of either equipping yourself with a gun, or your torch was part of what made Doom 3 such an enthralling experience. This little omission may leave some players wanting.

Overall, porting Doom 3 to PSVR has been a successful endeavour. Though it might not make the game feel completely new, the development team behind it have done a great job of making many aspects of an already great game better.

All of the Assassin’s Creed games ranked 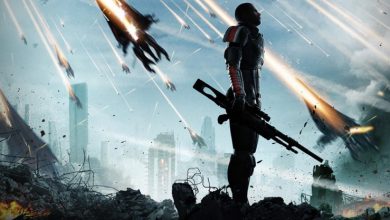