During this growth, BitTorrent even went into the digital assets space with the launch of their native BTT Token. To get a clearer picture of what transpired at what might come, we need to look at their history as well as the way forward.

With the cryptocurrency market in a hot frenzy of bullish action, it’s only natural that a good number of people would be interested in BTT Token. Especially when considering BitTorrent’s impressive user base and extensive history of favoring the decentralized approach to the internet.

It leaves a number of pressing questions like: did BitTorrent ever actually need an in-house cryptocurrency? Does BTT Token have any real use or is it purely speculative? Does Token economics make it a worthwhile buy from an investor’s perspective? To answer these questions, let’s take it back to the beginning.

BitTorrent’s life began when developer Bram Cohen, the founder of Torrent inc, started designing the protocol in April 2001 before the launch of version 1.0.0 a few months later on the 2nd of June.

In its earliest iterations, BitTorrent was free software that was released with no licensing whatsoever and remained this way until the release of version 6. From then onwards, BitTorrent evolved into a rebranding of torrent and is no longer open source.

It was designed to let users take advantage of a peer-to-peer network in order to share pretty much any content for free, which is probably why it grew so large. However, BitTorrent was not without its own flaws.

Using BitTorrent was risky business, one of those being the risk of your device catching a virus. Another one was the lack of anonymity involved. Because people were required to share their IP addresses for it to work, only those who were tech-savvy enough to mask their IP addresses were truly safe.

However, this did deter users. In fact, BitTorrent continued to grow and It was this growth that would bring about the first major problems for the company. The popularity of BitTorrent coupled with the fact that content was distributed for free caught the attention of the entertainment industry, leading to threats of legal action for reasons related to piracy.

BitTorrent and the BTT Token

And then came the cryptocurrency era, and BitTorrent was not about to get left behind. So, they launched their very own BitTorrent Token. The token has a market cap of over $2 billion and saw a massive spike in the earlier part of the year,  going as high as $0.01269 before crashing to $0.004238.

As for practical use cases, “BitTorrent’s original goal was to disrupt the legacy entertainment industry and how consumers obtain content.” as per CoinMarket cap.

However, there is a long way to go before achieving this. Furthermore, to get a better reading of whether or not BTT is a good buy, one has to properly consider the fundamentals. Yes, BitTorrent has a major user base. However, the token’s total supply sits at 990 billion – with more than 600 billion of that already in circulation.

Though it may have a valid use case, the true value of BTT is subject to the cycle of supply vs demand. Furthermore, to truly gain ground BitTorrent has to work more actively in pushing forward their own idea of disrupting the entertainment industry. Only then that we might see the true potential of BTT. 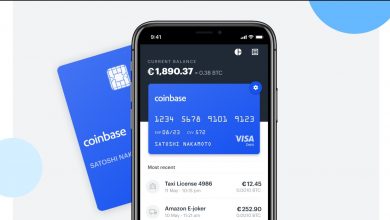 What is the Coinbase Card?