Columnists from the likes of Forbes, CNBC and Bloomberg reporting on and giving opinions about the decentralised “future of money”, as some may have called it.

As the cryptocurrency space has developed over the years, attracting the attention of adopters, it was only natural (and somewhat necessary) that media giants would take notice.

In order to achieve the proponents’ goal of cryptocurrency mass adoption, the masses have to know they’re there.
With Bitcoin springing to mind first, the current goings-on may have a slightly bitter-sweet tinge about them.

When the mystery that is Satoshi Nakamoto created Bitcoin, it was intended to serve the very same purpose as that of fiat currencies. The main difference being the notable lack of a central authority.

FOMO Kicked The Doors Down

However, the road to adoption has set the mother cryptocurrency on a slightly different course. Bitcoin’s early adopters can savour the sweet taste of major investment banking FOMO (Fear Of Missing Out) on one hand. While on the other, Bitcoin and other cryptocurrencies have not seen much usage as a means of making payments.

Thus far, most likely due to FOMO, the leading cryptocurrency by market cap has become an asset for speculative investing. Today, the media focusses almost exclusively on the subject of price movements, possible ETFs and regulatory activities.

Interestingly, reports of AT&T AND Air BNB accepting cryptocurrency payments don’t seem to have done much in the way of persuading holders to exchange their digital gold for goods or services.

According to Bloomberg, the first trimester of 2019 saw merchants making up only 1.3% of Bitcoin’s transactions. A clear indication of how, early Investors and newcomers alike, view BTC as an investment rather than a medium of exchange.

“few speculators want to use the digital coins to pay for wireless services when the digital asset’s price might surge another 50% a matter of weeks.” As per Bloomberg.

The profit-oriented thinking is very understandable when instances like, the now celebrated, Bitcoin pizza day are taken into account. The 10 000 BTC spent by Laszlo Hanyecz, on two pizza’s, in 2010 would equate to roughly $ 800 million USD at today’s rate.

Even those who aren’t so bullish on Bitcoin have come to see its usefulness in the realm of speculative investing. According to. Bleakley Financial Group’s Chief Investment Officer, Peter Boockvar, the most capitalised cryptocurrency has become a sort of safe haven investment during these uncertain times.

Boockvar, who mostly favours traditional safe havens like gold noted.
“Over the last couple weeks, we’ve seen this sharp rise in bitcoin, and to me, that was saying something in terms of what markets were thinking about what the Fed was going to do [and about] the turmoil created by the threatened tariffs. ” -Boockvar, as reported by CNBC.

This was not without the preceding “I watch bitcoin as a signal, as an indicator, not because I want to own it,”

It would be decidedly hard to let go of your hard earned dollars if you were told, repeatedly, they would be worth a lot more tomorrow.
However, this does not mean that the commerce related developmental direction taken by Bitcoin and other digital assets, can solely be blamed on the way past developments were reported.

The old Wall Street adage that goes “the market is driven by just two emotions: fear and greed.”, speaks the truth of cryptocurrency markets as well. Bitcoin’s own design, particularly its scarcity.

Then add to this the already known issues like transaction times and the whale phenomenon (deep down we all wish we were one of them), it then becomes clear how some of Bitcoin’s own features have proven to be its Achilles heel. That is so far as being a medium of exchange is concerned.

With fear and greed in mind, it’s almost safe to assume that this new asset class was set in this direction the day, the now defunct, Bitcoinmarket.com set up shop in March of 2010. 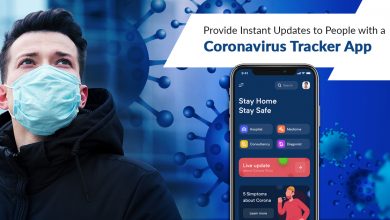 Provide Instant Updates to People with a Coronavirus Tracker App 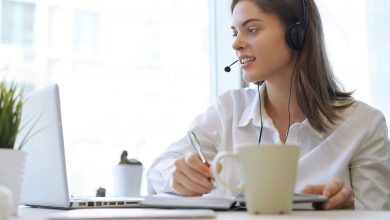