Akame ga Kill started as a manga in the early 2010s. Like many great and unique narratives, it had an anime adaptation in 2014. We have yet to see a second season of the anime, seemingly because the narrative deviated so greatly from the manga series.

What is Akame ga Kill?

The story created by Takahiro and illustrator, Tetsuya Tashiro revolves around a young man. He, in order to escape poverty, travels to the city to join the army. Upon his arrival, he is shocked to find the city rotten with corruption. He is soon separated from the two mates he traveled with, as a result of some confusion caused by a robbery. Without money and down on his luck, he is grateful to then be taken in by a noble family.

That night he witnesses the noble family’s estate get raided by a group of assassins who call themselves Night Raid. They execute the noble family and inform the lad that the family had intended to torture and kill him, as they had done to his friends.

This probably made him easier to recruit, as Tatsumi soon joins Night Raid as a member. They’ve also informed him of their mission to overthrow a corrupt government that is behind all the pain and suffering of his nation.

This is no ordinary group of assassins, as each is equipped with a special weapon known as Imperial Arms. They are created from a unique Danger Beast of incredible power. Imperial Arms aren’t the kind of weapons one would shake a finger at. The legend has it that when two Imperial Arms wielders fight, one of them is bound to die.

The Night Raid group consists of 7 members, excluding Tatsumi, who each laid down their lives for the cause. Akame is a dark-haired swordswoman. Leone is a beastly fighter who is cat-like in skill and behavior. Mine is a genius sniper, and Sheele wields giant Scissors. Lubbock can manipulate, while Bulat wears an enchanted armor that Tatsumi inherited after Bulat’s passing.

Steele is the first member of Night Raid to die, as she lost in a battle against Seryu. Team Night Raid accomplishes many of its missions. However, the government enlists the aid of general Esdeath and her three Danger Beasts to help deal with the threat of the revolutionary force to the established order.

Bulat also takes a fall, leaving his armor in the care and charge of Tatsumi. Together with Night Raid and recruits, Tatsumi goes into battle with a group called the Jaegers. Their job is to hunt down and destroy Night Raid. Interestingly, one of the Jaeger members is the younger sister of Akame, who goes by the name Kurome.

For its brightly colored animation style, the show is rather violent and packed with gore, which is one of the things fans probably enjoyed most about the anime. That and the fact that the show spares no character from a brutal end.

There has been talk of a second season. The studio behind the title however hasn’t revealed any information, so it remains to be seen when it may occur. There have been no announcements, only a speculative release date so far.

Without giving too much of the show’s plot away, this is an animation that we heavily recommended. Their unique presentation of a battle for the greater good is as relevant today as it was when this anime first aired, and will likely be so for the rest of  time 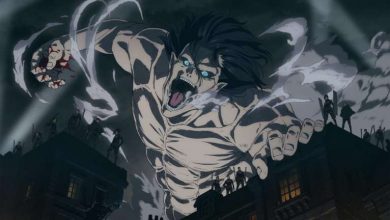