Martial arts, from western combat disciplines to the more exotic eastern styles, have been an almost endemic part of modern pop culture. Since Bruce Lee enthralled the world with his fighting, and acting prowess, martial arts have exceedingly become part of modern media consumption. Such is the human appetite for eloquent physical expression in the most primitive form of communication that the odd (or plenty) Judo Chop and Spinning Kick have even made it onto comic book pages.

Since the 1970s brought us the Bruce Lee-inspired Green Hornet franchise, which spanned television, film, and comic book media, and Marvel’s Bruce Lee homage, The Hands Of Shang-Chi: Master of Kung Fu, martial arts have played a bigger and bigger role in comic book lore. As a result of the decade-by-decade growing acceptance of martial arts in modern-day popular culture, many comic book heroes have had one or the other martial discipline incorporated into their repertoires.

There are a lot of characters who have been created by comic book artists and writers, and plenty more have had their abilities reimagined, with martial arts as their ”almost” superpower. Without any further explanation, here is a list of comics with martial arts, from boxing to ninjutsu.

Shaolin Cowboy follows the exploits of an excommunicated Shaolin Monk, who travels with a talking donkey. The Eisner Award-nominated comic series, published by Burleyman Entertainment, was created by artist Geoff Darrow.

Seeing as relations between monk and monetary were less than friendly upon the unnamed protagonist’s departure, there is a very large bounty on his head with many a man trying to collect it. He doesn’t make it easy for his attackers, thanks to his combat skill. This makes for some stunningly violent, vividly drawn imagery.

This is a classic. Hands of Shang-Chi is a Marvel comic book title that was first published in 1972. The Steve Engelhardt creation featured Shang-Chi, a formidable Kung Fu fighter. The lesser-known partner to Iron-Fist has even joined the Avengers.

Created by mysterious graphic novelist the One, One Punch Man tale follows an overpowered superhero who has grown bored with not being able to find an opponent who challenges his abilities. Capable of ending his foes with a single punch Saitama travels from battle to battle, dealing with baddies.  Though martial arts aren’t the main theme here, they are part of the furniture.

The year is 1632, the place, Manila, Philippines. A disgraced samurai sits in his home getting ready to commit ritual suicide, then an old friend, who happens to be a priest, walks in and stops him. The mission? Escort a Manchurian princess to South America. What ensues is a story that sees the warrior pulled into something bigger than he could have anticipated, while also getting a shot at redemption.

The Mask of Fudo

Izuna and Legend of the Scarlet Blades spin-off, The Mask of Fudo follows a young Nobu Fudo, when he was still known as Shinsuke. As a lad, he dreamed of growing up and becoming powerful samurai. Having worn a white mask since boyhood. The warrior within him is awakened when his younger sister is attacked, but that is not the only thing that has awoken. 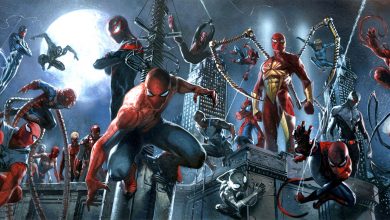 Why Spider-Man Is Marvel’s Greatest Hero 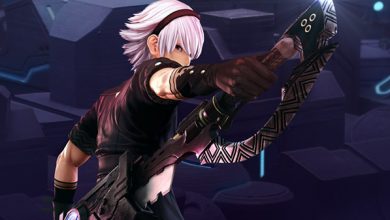