Decentralized Exchanges, or DEX for short – once touted as the future backbone of the digital asset trading sphere – have seen remarkably very little action, to date. The DEX sector of the crypto trading industry has, since inception, experienced low trading volumes, making up 1% of the entire industry’s volume.

DEX, as the name suggests, are decentralized ledger based digital currency exchange platforms which – in contrast to their centralized counterparts – offer users more control over the assets they trade. Moreover, DEX enable peer-to-peer digital currency trading, without having to rely on a centralized intermediary.

Unlike centralized platforms – who tend to keep custodianship of users’ private keys, and by virtue of that, keeping control of user funds – DEX have the benefit of handing traders power over their assets and matching trades through a battery of smart contracts. All backboned on a hacking-resistant distributed operating system.

One would think that, with this level of self sovereignty, coupled with minimal KYC red tape, the sector would be bustling with activity. However, the volume numbers tell a different story. According to blockchain research outfit, TokenInsight, 2018 (a year in which DEX were expected to outpace their centralized counterparts) decentralized exchange trading volumes accounted for a mere 1% of the overall crypto market’s trading volumes.

The surprisingly low use of DEX appears to boil down to the following factors:

A feature that is, logically, purposed to allow users control of their assets while using the platform appears to also be it’s Achilles heel. According to a Forbes contributor, and blockchain advocate, Samantha Radoccia,the benefit of users keeping control of their private keys may have had a negative effect on user sentiment.

Centralized digital asset exchanges may have myriad security issues when pitted against DEX variants, however the $4 billion+ CEX lost to hacking in 2019 doesn’t seem to have traders thronging DEX orderbooks. Why might that be?
Simply put, in a volatile game such as cryptocurrency trading, one stands to lose a great deal of value if the market suddenly retreats to the opposite end of one’s buy, or sell order. Until the decentralized operating systems that DEX are built on scale to, at least, an equal level of the throughput and execution speed of their centralized counterparts, they may continue to lag behind CEX volumes.

With DEX being a new type of trading platform, many of the features traders have become accustomed to have yet to be coded into smart contract form. This makes the opportunity to maximize profits, and minimize the risk of losses near nonexistent, hence traders currently giving DEX a wide berth.

The immaturity of decentralized economic infrastructure being one factor, another factor many experts may tend to overlook is the psychological element at play, regarding user sentiments towards DEX and blockchain as a whole.
A great number of users are likely, still trying to wrap their heads around the concept of blockchain and how it may impact the future. Psychologically, many users are probably still reliant on incumbent systems, and having grown up in a centralized system, and likely, still – to some degree – need to trust a third party authority to protect them.

This may not always be the case however, as more users enter the space, and an understanding of the mathematical systems behind blockchain takes hold, we may see trends shift in favor of DEX.

An issue noted in a contribution ,written by Erick Gorski, to the Gnosis blog, anyone can monitor the blockchain. This is as true for DEX trading activity, as it is for cats changing hands on popular dapp, Crypto Kitties. This means one could use information on a DEX platform’s sells, buys, and cancellations to their advantage.

With users opting to avoid managing their own private keys, low throughput, and other issues endemic with the current ittiration of DEX making the sector seem in unenticing , the result is low use. The result of which, is low liquidity. Which makes it even less attractive to traders. DEX can’t seem to catch a break here.

The Future Of DEX

The DEX sector may, presently, be seeing low trading volumes, but that may change in time. With centralized exchange hacks logging record numbers year-on-year, many centralized exchanges are beginning to see the value of DEX and emplementing DEX based solutions in various forms. Some have adopted DEX elements and applied them to certain aspects of their processes -as with OKEX enabling users to keep their own wallets’ private keys.

Others have outright absorbed DEX entities and added them to their portfolio of products. Most recently, Poloniex acquired Tron network based DEX, TRX Markets, and rebranded the platform to PoloniDEX.

This will likely expose DEX to more users as bigger platforms lend their names to the sector and inspire more user confidence. This is probably beginning to take place, as DEX trading volume numbers for February 2020 are reportedly at $372.2 million, up 62% from the previous month. 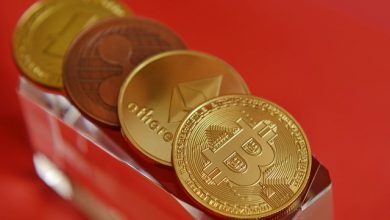 Decentralized Social Media, Is It Really A Good Idea? 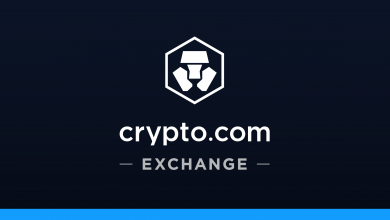