The year 2020 has drawn to a close, and Bitcoin – as well as the rest of the cryptocurrency sphere – is undeniably in the throws of a bull market run. What price will the biggest cryptographic asset, by market capitalization peak at this bullrun?

The question has been on the minds of speculators – the world over – since  the end of the last bull run at the close of 2017. A number of pundits have come forward with predictions, some as far fetched as $1 million, and others based on the asset’s past performance.

Financial Analyst and face of the Keiser report, Max Keiser predicted a $400,000 top for Bitcoin, while Internet Entrepreneur and Investor, foresaw a $75,000 top. Dutch trader, and Crypto Twitter personality, PlanB – based on his Bitcoin Stock-To-Flow model – believes Bitcoin may go as far as $300,000.

Experience market operator Josh Rager, in January of 2020 predicted that this bull run would end with Bitcoin at a price range of about $85,000 – $100,000. Leveraging his prediction on Bitcoin’s historical price action, he realized Bitcoin ATH’s drop by a certain percentage Bizznerd caught up with him to get details on his opinion.

Bizznerd: What do you consider when making predictions?

Josh Rager: The most important thing is to zoom out and look at the macro trend of the market. Start on the monthly chart, and work your way into the weekly/ daily and from there you can see whether an asset is in an uptrend, downtrend, or sideways market – that will give an idea of what’s likely next. Then you can look at the market structure and define key levels of resistance and support using past price history,  I personally like to use Volume profile. I look at areas where the most volume was traded (these tend to be areas of supply/demand). Other charts I pay attention too are the 4 hr 1 hr and 15 minute charts.

I also like to pay attention to the funding rate, and the sentiment of the market. So based on trend, market structure, price action, and sentiment, I tend to make predictions on what’s likely to happen next (or possibilities as there are no certainties ever.)

Bizznerd: Your prediction is more moderate than most analysts, which is why I asked the first question. Why do you think most analysts make high predictions about Bitcoin’s future prices? What do they miss?

Josh Rager: Many people are chronically bullish because of the type of gains Bitcoin has made over the past 10 years and they want to be a part of the next big bull run to new highs. The fundamentals with Bitcoin being scarce, deflationary, and sound money also have people hoping for high prices. Many of these high predictions are based on bias as the return on investment from each cycle low to each cycle high is reduced by almost 20% each time. So when I look at the next peak for Bitcoin, I take that into account and I’m predicting much lower prices for the next high than most.

Everyone also likes to follow a bullish perspective. It makes them feel good so analysts sometimes lean bullish to get followers. Nobody likes to be told that they’re going to lose money. But this can lead to nonsensical speculative price predictions.

Bizznerd: How about halving rallies? Are they really a demand/supply phenomenon, whale activity, or just unfounded hype?

Josh Rager: While the block reward reduces, the overall supply of Bitcoin doesn’t reduce post halving (though I think demand will continue to go up after halving)  But we’ve seen Bitcoin rally into halving and then drop/go sideways afterward… only to rally back and push to new highs.

It’s hard to say but the sample size is very small and to be honest, I personally think it’s already somewhat priced in as we’ve rallied from mid $6k to almost $10k (at time of interview in late Jan 2020). I think it moves up a little higher still from here and naturally price will need a pull back in the next couple months, and that could likely be around the halving. So, I would say it’s overhyped right now.

Bizznerd: What do you believe the next decade has in store for crypto markets?

Josh Rager: Long term, I’m bullish on digital assets,especially Bitcoin with its fundamentals. I think we truly can see more adoption of blockchain technology that will certainly have a positive impact on long term price of a few assets. I also believe that we see heavy regulation, and that’s going to allow more users and adopters. Which is a good thing overall and will bring more volume and liquidity in to keep the long term uptrend prices for Bitcoin going.

Rager, has since updated his prediction. He now believes that the current bullrun could extend as far as 2023, and that $150, 000/BTC is in play. It remains to be seen, which of the numerous projections made will hold, but with Bitcoin comfortably halfway to $100,000 at time of writing, we may be well above $100,00 by year-end alone.

How to Create Coinbase Bitcoin Wallet? 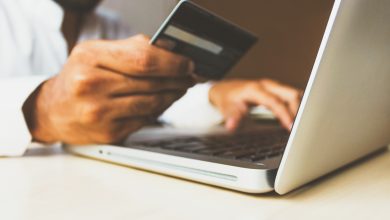