The Virtual Reality gaming scene is, naturally, very captivating on the visual, and front. However, comedy has not been as abundant. A VR platformer with a lot of flare, Trevor Saves The Universe is a real stand out piece.

Created by Squanch Games, Trevor Saves The Universe has a straightforward approach to gameplay, and is laden with the same vulgar brand of humor found in Justin Roiland’s work. The co-creator of Rick and Morty did a great job of applying the same writing panache to VR gaming.

Originally released for PSVR and Oculus Rift in 2019 (now available for Oculus Quest), and revolves around the adventures of a “Chairopean” – an armchair bound being – and a purple “character” named Trevor, that he controls. Exploring strange worlds, solving puzzles, and battling beaked aliens called Glorkons – all to save your two dogs from one such glorkon who shoved them into his eye sockets.

As noted before, the gameplay is simple. You (or Trevor actually) hack and slash away at foes with a lightsaber like weapon, with those simple mechanics remaining the same for the most part of the game. Though you are able to adjust the height of the armchair for a better vantage point early in the game, interactions with Trevor build up as the game progresses.

This repetitive simplicity may start to feel tiresome after a while of playing, however, this is where Roiland’s work – to those who enjoy it – comes to the forefront. If you’ve come across Ricky and Morty, then you will not be shocked at the liberal use of the most famous F-word and bedroom jokes. If you aren’t averse to that manner of joking, then you can get more than a good laugh from just eavesdropping on NPC ( Non-Payable Characters) conversations.

The levels of the game are very nicely designed and a pleasure to immerse yourself in. However, the simplicity can become a bit of a draw back to players who are used to room scale VR gaming. For them, playing through the entire game seated on the living room sofa may  make the game feel a little bit confined.

Moving around and exploring the levels happens by way of teleportation nodes that are strewn across them, and there are a number of upgrades, and pickups like power babbies. As you progress through the game, a remote grabbing function is added, and helps a great deal with puzzle solving. You even unlock more powerful attacks as you play on.

Trevor Saves The Universe might not be as interactive as some of the big name VR offerings, the quality of the game’s design, and Roilands writing, make this a thoroughly enjoyable experience. It is also not very easy to categorise a specific genre of gaming, but it does follow the standard formulas of games that are broadly recognised as “adventure” games.

All in all, Trevor Saves The Universe is one of the most fun games to play on Oculus Quest or PSVR right now.

GTA 6 has been confirmed 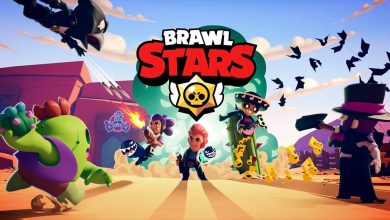