A new generation of Nvidia graphics cards known as Ada Lovelace will use TSMC 5-nanometer lithography, and the product release date will be in 2022. The company’s exclusive DigiTimes website report specifically addresses this issue and RetiredEnginner tweets excerpts from the article. The following is part of the post:

“The two-year upgrade of Nvidia products will continue in 2022, and this time it will include Metavars and the gaming world. After the introduction of the H100 graphics processor, which is based on Hopper architecture and uses TSMC’s 5nm + CoWoS technology for data centers and AI-based equipment, it is the turn of the RTX40 series gaming graphics card, which is based on Ada Lovelace architecture style and redesigned 5nm. “TSMC will arrive.”

NVIDIA Ada Lovelace chips will be used in the GeForce RTX 40, the company’s new generation of graphics cards, and will compete directly with AMD’s Radeon RX 7000 series with RDNA 3 architecture. According to rumors, Nvidia will use the MCM design style, but only in its Ada Lovelace GPUs. Nvidia appears to limit this to its The Hopper datacenter GPUs. As a result, GPUs of this generation possess the same traditional and integrated style but continue to incorporate essential features in the field of architecture and construction.

There are unconfirmed rumors claiming that the product for the next generation will use the AD102 GPU and the TSMC Node N5 processor. This GPU, which generally has an integrated and monolithic design, will have a clock speed of 2.5 GHz. According to several reliable sources, it relates to the minimum operating frequency of AD102, and the performance of this GPU should be predicted based on this.

In addition, the use of 18432 CUDA cores in the NVIDIA AD102 structure, which will host 144 SM units or micromoles of the current processor. However, this number is about twice that of the cores used in the flagship structure of the Ampere series, which are already at a much higher level than their predecessors. Therefore, the clock speed of 2.3 to 2.5 GHz of this GPU can provide us with the theoretical processing power of 85 to 92 teraflops, which is again more than twice the performance of the FP32 RTX 3090 graphics card with 36 teraflops of graphics processing power.

A significant increase for the new GPUs

The 150% increase in performance of Nvidia’s new GPUs looks like a big leap in technology, but we should not forget the stunning upgrade over the Turing family. The flagship GA102 processor used in the RTX 3090 graphics card, with 36 teraflops of GPU, is several levels higher than the 13 teraflops of the RTX 2080 Ti, the flagship of the previous generation. This shows that about 150% of the mutation compared to the previous generation, which of course in practical tests has a significant difference with this difference.

The RTX 3090 is about 50 to 60 percent more powerful in the actual gaming performance test than the RTX 2080 Ti. So we have to keep in mind that the number of Flops theories these days does not reflect the gaming performance of a GPU. While we do not yet know if the 2.3 to 2.5 GHz figures for the AD102 are related to the average boost frequency of this GPU or its maximum power; If the first is true, we should expect higher performance from the AD102.

Also, The leaker claims that the NVIDIA GeForce RTX 40 series product will use a 384-bit port interface similar to the RTX 3090. It is also noteworthy that the G6X pin used in the Ada Lovelace processors is faster than the new standard memory, meaning they are using a faster G6X pin with 21 Gbps data transfer speed. This card has 24 GB of VRAM memory, which can include a 16 GB one-way DRAM or 8 GB two-sided modules.

Below you can see a comparison between the flagship products of the Turing and Ampere series and Ada Lovelace based on rumors.

We can expect the Ada Lovelace family of GPUs to offer similar performance gains to the one we saw with Maxwell to Pascal. Currently, Nvidia plans to launch these products by 2022, but the current state of the hardware industry may lead to a delay until 2023.

How to manage time when doing software testing: Six tips 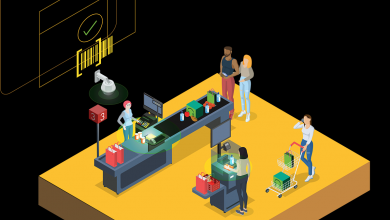 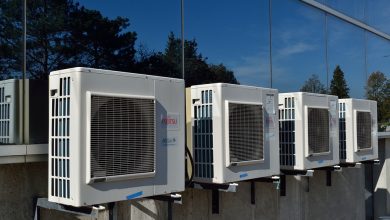