Who are the team behind it?

The core of NOIA team is a network engineers with expertise in Segment Routing protocols and Software Defined Networking. They are located in San Francisco Bay area and Vilnius, Lithuania. The CEO is Domas Povilauskas and the CTO is Jonas Simanavicius.

In addition to the Lithuanian experts worth noticing is William B. Norton, internet interconnection guru, the writer of “The Internet Peering Playbook: Connecting to the Core of the Internet”  and co-founder of Equinix. Today he is committed in creating the programmable internet in NOIA team.

Another great advisor in the team is Tony Greenberg, CEO of RampRate. Read more about Tony’s and NOIA’s co-operation in their announcement .

The board of advisors includes names from Akamai, Limelight Networks, Twilio, Thomson Reuters and VC’s.

You can find all the details of team members in LinkedIn.

What problem does NOIA solve?

Internet of today is actually surprisingly old technology. In practice it is a mesh of tangled cables just put together along the decades. This results in three main problems:

Almost all global internet companies struggle to ensure up-time and reliable user experience. The issues above result in downtime which translates into huge losses for businesses worldwide. The connection performance and stability cannot be guaranteed, scaling and maintenance requires time and money, and e.g. BGP hijacks (i.e. hijacking of prefixes, routes and IP ranges) are daily challenges and risk to business.

How it is done?

In the traditional internet data packets are sent by just giving the destination address to a data packet. Then the packet is routed to the destination through the shortest – but unfortunately not always the fastest – route. Disturbances in the internet can delay or even stop the journey of the packet.

NOIA network does it differently. The data packets have not only the destination but also the optimum route programmed in their header by NOIA-aware devices. This is possible thanks to combining two technologies: Internet Protocol version 6 (IPv6) and Segment Routing (SR).

IPv6 makes it possible to store extended information in the data packet header, in this case the detailed, optimum route to the destination. Segment Routing gives the routers the means to understand this extended routing data and act accordingly.

As the network is continuously aware of the traffic jams and fast lanes of the internet highways, the data can be optimally routed exactly as the modern navigator in your car directs you – not necessarily the shortest but the fastest and the safest way.

NOIA App in the end devices is the way to give the users the possibility to always use the best possible routing. There is more about the app later in this article.

What is the use of NOIA token?

The internet transit is digitalized using digital currency, NOIA token. The token is used by companies and consumers for accessing capacity, services and applications on the Programmable Internet Backbone.

Companies can use NOIA network as a service and pay for the traffic used, whereas consumers can use the tokens for faster, more stable connection and minimized, static latency.

At present the token is traded at KuCoin and at some unofficial exchanges.

The token is used for trading and granting network resources through smart contracts at DITEX exchange.

In addition, community members can earn tokens by sharing computer and network resources for supporting the Programmable Internet.

More about DITEX and earning tokens explained in the following chapters.

The Programmable Internet creates a whole new business model where anyone can sell their infrastructure as transit points, and anyone can buy certain access points or full routes for their traffic with NOIA tokens. Trading of the infrastructure is handled by DITEX, Digital Internet Transit Exchange.

DITEX is part of distributed ledger that handles smart contracts authorizing the traffic to be sent through and be programmed to use a certain part of the internet. Briefly, with NOIA tokens you can purchase private network quality and features over the public internet. DITEX also handles rewardint the network nodes according to their contribution to support the network.

What can I do with NOIA App?

NOIA App is an application for end users to improve their internet speed, security and reliability. The application can be installed on several kinds of devices and platforms, and by using the infrastructure it can improve your internet connectivity:

While writing this NOIA App is still under development, but expected to be available for piloting in late January 2020.

How can I join, learn and earn?

Until main net phase – supposed to launch late Q1 of 2020 – the community members can participate in the project by running NOIA node software on their Windows or Linux PC, Mac OS, Raspberry PI or a Virtual Private Server. Currently there is about 10k nodes altogether, about 2k of them active. Running a node does not need staking of tokens, and as a reward for sharing his computer and network resources a node holder earns tokens on weekly basis as follows:

For Windows there is a simple graphical interface application available. For Linux the node software is run on command line. 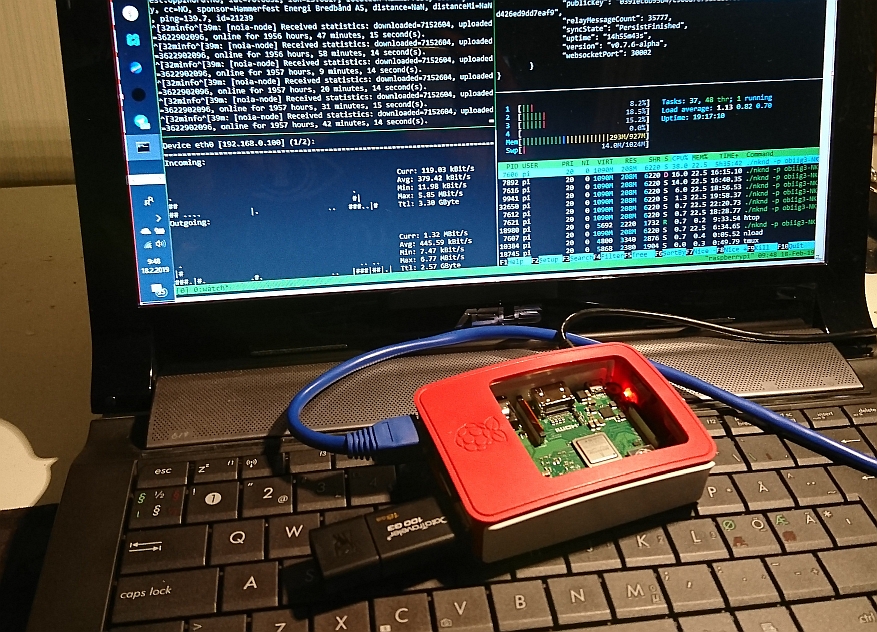 Where to find NOIA in the net?

You can read more about NOIA project and technology in their website.

In telegram they have a lively community of about 25k members. If you are in Keybase, check out “noia_unofficial” in Teams.

In their website you can find links to their other social media channels. Check them out to follow the future of internet.

Shining A Light On Candlestick Charts