It’s odd out of season April  releasee seemed to do nothing to stop this little horror romp from picking up steam and if you’ve ever had the chance to play it you may understand why.
There is something uniquely conversational about the little nightmares , something that soaks the mind and imagination and sparks the flames of fan theories all around the web. However, the truth of the game may be much more shallow than it appears but we’ll get into that in a little bit.

Let’s start looking at little nightmares by digging into the gameplay mechanics. After that, we’ll talk about the story and how its presented and how it became such a powerful conversational piece. So, little nightmares is a horror-themed puzzle platformer similar to games like Limbo. There is very little in the way of controls for this game. You merely have a run, a jump, a crouch, a lighter and a grab button. The lighter can be used to provide light in dark places and light torches along the way. The grab button works as a hold rather than a toggle control. With this you can grab on the ledges to houist yourself up, you can climb ropes and ladders, and you can pick up – carry and throw environment objects, which comes in handy for the more puzzle oriented elements of the game.

Most puzzles simply revolve around finding a way to escape a room, usually by traversing the environment or finding ways to hit new switches and levers. If they don’t revolve around that, then chances are they all revolve around stealth mechanics. Finding ways to remain hidden from the creepshow enemies who lurk in the shadows. Each chapter introduces a new type of enemy and along with them a new method of avoiding their detection.  These creepshows are sight to behold. My favourite of the bunch definitely being tweedledee and tweedledum from chapter 2.  These guys looked creepy enough as it is with their messed-up faces, but if you pay close enough  attention – you’ll notice something far more disturbing about them when they go to scratch at their chins. These aren’t faces , they are masks. This kind of things gets me, for as many creepy things as there are however we have an equal ammount of cute things to match.

The controls in little nightmares are serviceable and the sense of weight when using your grab to pick up and drag objects feels amazing and real but there are times when environment detection feels a bit off, kind of clunky or overly fussy. If you’re not facing a ledge at the absolute perfect angle sometimes your grab just won’t trigger. With how fluid general movement feels having clunky detection does make this a bit cumbersome but it’s never too large of an issue.

Little nightmares is a very well crafted adventure that takes you from one amazing set piece to the next. However this is a game that is completely devoid of dialogue and so the story becomes one that you largely have to piece together or make up on your own. What we know for certain is that we are on a boat . We awake here at the start and need to find our own way out.  Everything we encounter along the way is simply just a consequence of what else is here with us. Nothing is directly explained beyond this premise, and as such, the vast majority of everything else in the game can only remain as theory. The incredible things we see along the way encourage us to come up with some sort of understanding of what this place is. This place known as the MA .

In essence, little nightmares is just a story of a small character in a big messed up world trying to find their way out. There’s no dialogue so everything else is just conjecture. From here i want to get into a bit of spoiler teritory to discuss more in depth why this game spread like wildfire add its release .

Throughout this adventure in little nightmares we encounter a great many things. Early in our adventure when our nameless main character is keeling over and hunger. A mysterious stranger offers a piece of food through a set of prison bars. This food satiates main characters  hunger but not for long. As the adventure continues we need to keep consuming, and every time we do we consume something larger and more dear to us. It’s easy to look at this and see something of an allegory for addiction where we start with something small but more we indulge the larger the indulgent needs to be to have any effect but I personally felt it with something a little more on the nose in that, consumer culture – themes of consumption can be seen all over the game. As you journey further into the game you discover these obese corporate fat cat looking characters who come to this ship to indulge in its grotesque banquets . This can be an allegory for anything less than legan that can be easily indulged in by the richest people in our society. When you can easily consume anything with a price tag on a store shelf, you run out of ways to show your financial elitism so how do you go up from there?

Some people i guess would take to trophy hunting but others still take to illegal indulgences like dog fighting, arms  stealing, sex trafficking or worse. In little nightmares this illegal indulgence is represented by a feast . What do they feast on ? Human meat.  If you want to look deeper into the use of human meat as our representation of consumer culture gone to the extreme, you can view this as the victims of the rich and their insatiable appetites. Nothing comes free and things that come illegally often have plenty of unseen  victims pulled from the underbelly of our society. Observing these obese grotesque characters, they all appear to have a very American style, yet the setting for the banquets is very Japanese. A small window look at how many people will cross cultures or head into international waters to indulge in things not offered in their own country. Is any of this allegory legitimate though? According to developers, not really.

There’s plenty of other things to theorize about in the game. Of course the Geisha like lady, clearly has a problem with vanity – but again – according to the developer there’s nothing here beyond of what we see.  The developers did say though, that there is reason why nobody in the game speaks. I think the biggest reason for us to think and figure things out for ourselves, even if there’s nothing technically to figure out.

The power of little nightmares is what you will think and feel along the way. The game is begging for you to figure something out that isn’t there and throughout the course of doing this, you will drift into some rather emotive thoughts. Granted these thoughts are things you’ll likely find contradictions in later, but even if only for a brief period you felt something emotive and intriguing I’d say that makes this worth the play. I think that in playing through this, everybody will internalise what they seen in different ways. At one point my mind was stirring with thoughts about Dante’s Inferno and the circle of gluttony and I found myself trying to graft the layers of hell onto my adventure. This proved to be fruitless but a fun mental exercise nonetheless. Maybe this aspect is a lot of smoke with no fire, but the smoke show is still wildly intriguing.

Look at the Technicals

I love the look of this game. It is not exactly a graphical powerhouse, but what they choose to  detail and what they don’t combined with some fantastic lighting effects and scene composition makes this a very picturesque game.  The characters and set designs are simply fantastic. Disgusting sure, but fantastic. Also, great music tracks that seemed to channel the identity of 80’s horror movies. The sound design as well was pretty darn good. The game runs really well however load times are a tad on the ridiculous side. The biggest detriment I would say is the game length at only around 6. to 7. hours.

If you like games like limbo or horror-ish games at all, little nightmares is worth the play. Its ability to get you thinking beyond what the game itself actually has to offer makes the whole experience one to remember. If you find that you are not that deep of a thinker and prefer things to just prefer things to just be a little more straightforward I think you would still get your kicks out of this through the sheer virtue of its amazing sets, sequences and disgusting enemy designs that are sure to make your skin crawl.

You HAVE to play it.

Little nightmares is a fantastic little experiment in horror storytelling and I cannot recommend it enough. I had always heard it was good but it honestly went well beyond my expectations. It won't be for everybody of course, but no game ever is. 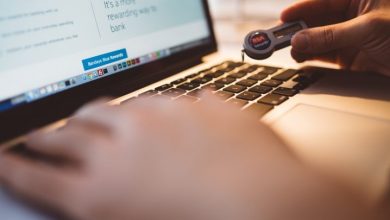 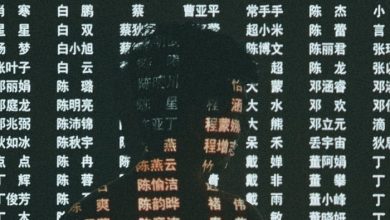 5 Must Watch Sci-fi Flicks For Any Anime Fan 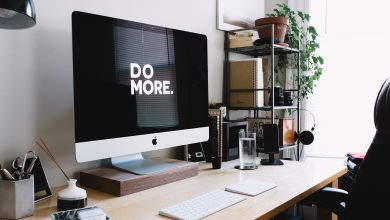 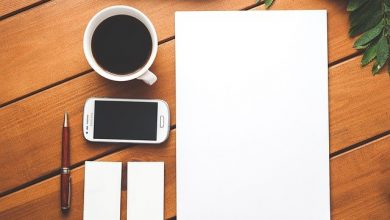 3 Marketing Methods to Consider When Building Your Brand