This is mainly because the blockchain technology is built with a unique kind of egalitarian, tamper-proof, and immutable design that makes it relatively impossible for thieves to breakthrough.

The continuous adoption of blockchain development for storing and retrieving data within diverse industries is really creating a worldwide revolution. Obviously, there is an increasing need for the use of properly designed security measures to keep investment portfolios safe. While riding the wave, it is important for its users to ensure that they remain focused while ensuring their assets remain protected at all times.

Believe it or not, blockchain solutions are the proponents of the distributed ledger technology that virtually every industry is pursuing today. Cryptocurrencies are the most popular beneficiaries of this innovative advancement. Commonly regarded as a form of disruptive financial technology, cryptocurrencies were established to directly put financial control in the hands of the concerned parties, and make global transactions faster, easier, and more secure.

With the science of cryptography, blockchain development has increasingly helped to bring about the creation of digital financial assets known as cryptocurrencies that are purposely designed to serve as a medium of exchange between two or more parties. Basically, what this means is that anyone can adopt this technology to engage in quick financial transactions with ease thereby eliminating banks and money transfer services.

Aside from helping to serve as a medium of exchange between two or more concerned parties, these blockchain solutions have effectively given users the power to control the creation of additional units of the currency (cryptocurrency), eliminated government control and exchange rate issues, created global currencies, and enhanced secure transactions.

As part of blockchain solutions, people can efficiently make use of these digital currencies to securely store, spend, and transfer “digital money.” Interestingly, all these can be done without getting involved with any governmental regulations, exchange rates, and bank fees. Basically, they keep users unaffected by any external features typically associated with traditional banking while ensuring a super-fast transaction.

However, it is interesting to know that the purpose of cryptocurrency and its underlying blockchain technology is not limited to financial transactions, currencies, and institutions. The main reason why this technology was established in the first place was to securely keep personal data safe, create a highly efficient decentralized economy, protect identity, and securitize user data.

While there seems to be a kind of multifold uses of the blockchain technology behind cryptocurrency, it is, however, more interesting to know that most people (i.e. technology enthusiasts and aficionados) are more interested in blockchain identity than anything else. Basically, this is what is gaining more traction around the world.

Just so you know, many tech individuals and industries have already begun employing blockchain solutions to securitize and identify applications in several areas such as wedding certificates, birth certificates, e-residency, passports, digital identities, and other types of IDs. Nevertheless, it is the security that is established by the adoption of this technology that matters the most to any business organization.

When it comes to blockchain development, security is always a very important factor to consider especially when it has to do with cryptocurrency. However, it is needful to first understand how blockchain works before attempting to analyze how secure it can be. Established as a series of blocks, blockchain is designed to ensure an effective recording of data in hash functions.

Generally, blockchain technology does not allow for changes to be made on data due to the availability of timestamps that accompany hash functions specifically designed for recording data. Just so you know, blockchain which is the technological backbone of several cryptocurrencies like bitcoin has been taunted by several analysts to be an efficient cybersecurity shield.

Many IT security professionals believe that lots of improvements could be achieved in the prevention of unauthorized tempering, mega-hacks, cyber hijackings of satellites, aircraft, or vehicles through blockchain development. Obviously, there is no better way to dramatically improve security across countries around the world than this.

Currently, there are several organizations that are working to employ blockchain as a viable means to secure storage and transfer of cryptocurrencies within a network. In a bid to create a more secure, established record, this technology tries to send any changes made to the database to users which is key to securing both the blockchain and the cryptocurrency.

As a result of this dynamic tamper-proof process, digital transactions with cryptocurrency have become increasingly popular in recent times. Aside from the original function of providing a technologically enabling environment for digital transactions to happen, many business organizations have taken blockchain some steps further to expedite various work processes such as securing data and cutting costs significantly without compromising security.

When it comes to addressing global security concerns, the use of blockchain has effectively helped to strengthen existing security solutions while still driving digital currency exchange effectively. Aside from the fact that such technology can be used to improve financial transactions, the security industry is already receiving a boost by initiating major changes with blockchain.

In a nutshell, it is will be seemingly impossible to safely and securely make use of cryptocurrencies like bitcoin without protecting the blockchain itself. To this end, developers must ensure that they adopt and employ an efficient technology system to avoid experiencing any cyber attacks.

Ricky Brown is an energetic content strategist and marketer at App Development Companies, the platform that helps you to find best IT Partner for your app, web and software requirements across the globe.
Check Also
Close 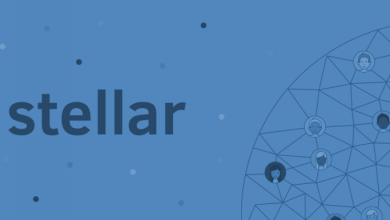