For some time now, In-App Purchases (IAP) have been one of the hottest topics in the gaming scene, primarily on the receiving end of a seemingly endless list of reprisals from gamers. So let’s take a closer look at IAPs, the perceptions people have of them and, whether or not they are doing harm to the gaming industry.

The beginning of the smartphone era also marked the beginning of a new epoch for the world of gaming. Fast forward to today and mobile devices are the usually the primary entry point of new gamers, furthermore, smartphones are also the primary means of casual gaming – a very different scenario from when arcades and consoles were the ones that filled these roles.

The market’s shift of focus from consoles came with some new challenges along with it. Selling mobile games and apps to consumers proved very tricky for developers, and so they had to get creative. This creativity manifested itself as In-App Purchases. With IAPs, developers realised far more gains than they ever have – or probably ever would have – with the paid for apps or, in-app advertising.

To put this into perspective, in-app purchases are said to have risen to USD $32 billion in the first quarter of 2021, marking a 40% year-on-year increase. An increase that has been very taxing on the patience of many mobile app consumers.

Since as far back as 2013, many consumers have taken to blogs and social media to voice their grievances around the IAP business model. Not so much about the business model itself but the way developers have chosen to apply it. For starters, the idea itself is a good one – consumers are given access to download games and apps for free, with the option of paying for extra perks. However, figuring out how to convince consumers to pay is where a lot of developers seem to hit a little off of the mark.

One the most common of these mistakes made by the developers is mostly referred to as “carpet bombing”. This is when your every bit of free time while playing a game is interrupted by an offer to purchase something. This is something that many gamers find incredibly annoying and even feel that it diminishes the quality of the game.

Another commonly deployed tactic in mobile gaming, is a game becoming impossibly difficult to play without purchasing some kind of in-game item to help you. Naturally, this kind of “marketing” isn’t going to sit well with some people, its borderline extortion.

This is what the founder of Black Girl Gamers, Jay-Ann Lopez, had to say regarding the current situation with In-App Purchase.

“If you want people to pay for your game, give them an upfront fee. I would gladly pay for a game to download onto my phone that I’m going to enjoy forever. I don’t want to be advertised to all the time. And I think it’s becoming quite dangerous, how advertisements are everywhere.” She said speaking on a BBC podcast.

And hers is most likely a sentiment shared by many other gamers. However, the success of this business model hints towards a continuation of the trend.

This is a tricky one, the system IAP has proven itself to be very effective at generating income for developers, in turn, this means that developers are able to churn out better games and apps at a more rapid rate. This means they probably aren’t going anywhere anytime soon.

Moving into the future, developers need to take care to consider how they apply this business model to their products. Until then we’re likely to stay trapped in this cycle for the foreseeable future. 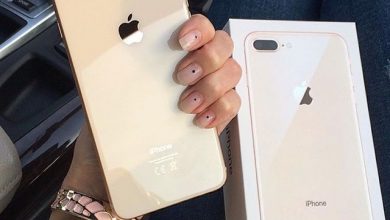