More discretely, the notion of a web 3.0 revolution has also made its way into the world of mobile phones.

However, this new wave of innovation is not being spearheaded by the major names like Samsung, Apple or Huawei. This new wave of “Blockchain” phones see the Taiwanese Mobile phones Maverick, HTC, touting its Exodus 1 as “the world’s first Blockchain phone”. As the name Exodus suggests, this new wave of smartphone is supposed to usher in a new phase of middleman free internet, aka web3.0. Thus taking the power of personal information away from tech giants like Facebook, and giving it back to the user.

According to Phil Chen, HTC’s aptly named Decentralised Chief Officer, this is the first mobile device designed to suit this new kind of internet.

“We’re this far into the information age and there’s barely any conversation about digital property,”

“All of our private data – from credit history to search data – is handled by third parties. We don’t own or control any of it. Instead, it is just seven companies in the world that control almost all of the data. They have become more powerful than governments.” Chen told the Independent in February.

So let’s see if the Exodus 1 lives up to expectations.

The Exodus 1 is quite a chunky device, with 6-inches of Quad HD+ screen made available. Apart from the not very uncommon size of the screen, the front end of the phone is not that remarkable at all. Some might even call it outdated, especially when compared to the closest like the Galaxy S9, which have gone the route of shaving off the top and bottom bezels to an absolute minimum.

Aesthetically, the rear end of the Exodus 1 is where the phone shines. The rear case of the device is transparent, so the use can view a partially drawn map of the phones inner workings. Even with some of it being drawn on, it is a unique look that could be appealing to some, however, it could come across as gimmicky to others.

As a smartphone, the HTC “Blockchain phone” is a highly capable device. The greater portion of its hardware is on par with competitors within a similar price range, as the 6 gigs of DDR4 ram, and Qualcomm snapdragon 845 processor are part of what makes sure of that. When compared to its closest competitor – Galaxy S9- the device’s 8MP + 8MP front and 12MP + 16 MP rear cameras are no slouches either, offering the same resolution. The Exodus1 comes with. 128GB of internal storage, which is double that of the S9.

Another neat feature is the Edge Sense. This can, for example, ready the phones camera when you squeeze the edges. Which is the default setting.

As for Blockchain Integration, the Exodus 1 comes preloaded with the Brave Browser, with Opera as the phones default browser. Through the integration of the Zion Wallet, the device also serves as an easy to use cold wallet. For the individual who is still getting acquainted with cryptocurrency, that’s great. However, individuals who are already holding crypto assets will most likely have already chosen a preferred wallet. No matter though, they can always be installed.

The Zion Wallet supports , BTC, LTC, recently BCH, ETH and a range of other ERC20 tokens. Another key feature is, the user has full responsibility of their private keys. Apart from that and a DApp browser preinstalled, the Exodus 1 doesn’t seem to be the spark to ignite the flames of Web 3.0. Possibly in the years to come, it’s successors could do so. For now it’s a great phone with some cool crypto features. 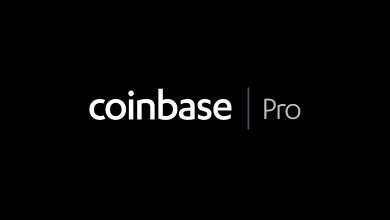