In the days leading up to the close of 2019, very few people could have imagined that only a few months later, we’d be living in a world of much uncertainty and little human contact, not too different from the worlds that have been depicted in a number of sci-fi thrillers.

Unfortunately, this is the reality of the entire world being unprepared for a viral outbreak of this scale. People are not working, schools are shut and many economies are holding on by a thread. Since many governments have opted to restrict human movement and large gatherings as a means of limiting the spread of the virus, industries like fast food, tourism/hospitality, manufacturing and the transport industry have taken a severe beating.

While the relatively new to the masses sector of Virtual Reality is uniquely positioned to take advantage of the current situation by making a lasting impression on people who might not have ever even noticed the this field had it not been for Covid-19 outbreak. A number of start-ups seems to see this opportunity and are not hesitant about grabbing it.

One such company is the Philadelphia based, Virtual Reality for Rent, founded by Kenneth Dunning. Interestingly enough, Dunning’s company found itself within millimetres of becoming another corporate victim of the effects of the CoronaVirus pandemic. An unfortunate reality for millions of small businesses around the globe.

This, in Dunning’s instance, was due to the fact that the company’s initial business model revolved around hiring out VR equipment to larger corporations to use for their thing like team building exercises, which was thwarted by the somewhat unexpectedly extreme response to the outbreak.

However, the very same threat to his business also presented a new opportunity for him. Since the effects of the lockdown have started setting in, Dunning’s company has shifted it’s focus towards a growing demand for new forms of entertainment, other than Netflix and the other staples.

Having increased its weekly output of Oculus VR devices being rented out to 60 since the beginning of lockdown, the company offers individual customers a chance to attend virtual concerts, go to the museum without leaving the house, and even throw their own virtual parties. So far, it seems to have been well received.

Mann Made is another company that has been hard at work pushing the benefits of VR and AR (Augmented Reality). The company has focused on helping companies across the globe bridge some of the gaps created by travel restrictions through facilitating virtual conferences.

As our understanding of the viral threat grows and we slowly start to ease restrictions and head on to trying to get our lives back to what normal used to be, one can’t help but think that of how things might never be the same again. However, the two examples are a reminder of how the only truly constant that exists is constant change.

In much the same way that long distance communications evolved from written letters, to telegrams, then landlines, and now wireless calls and text messaging apps. The VR space is ever evolving and coming up with new use cases. 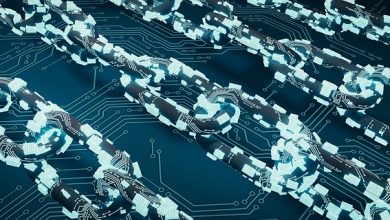 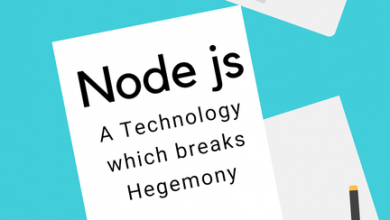 Nodejs – A technology which breaks the hegemony