The entire idea of the Virtual Reality experience is to give the user a fully immersive experience in interacting with a world other than the one that they already know. This is especially true for the gaming industry that VR has for many years been expected to take to all new heights.

However, the climb up has at times seems sluggish, having only really started to build up momentum and deliver on the promise to eager consumers in recent years. Not only have the headsets improved, game developers have also started paying more attention to this particular field, resulting in a greater variety of offerings to suit different tastes and levels of experience.

However, variety can sometimes make choosing the right game to suit your taste a little trickier. Here is a list of good quality immersive games that are sure to keep you coming back for more.

After going underground for more than a decade, the much adored Half-life franchise returns with what some commentators consider the best VR gaming release thus far.

This installation can only be different from the ones that came before it by way of being better. Fighting your way through the dystopian City 17 faced with alien threats, Combine soldiers, and solving those puzzles that the franchise has become known for. This Half-life with the added benefits of the technological advances that occurred during the decade of silence.

This is a kinetic rhythm based game where the player must hack and slash away at colourful blocks the rhythm of the song that’s playing. This is a great choice for fans of Guitar Hero, and comes with 10 songs to play to as a standard.

Another great sci-fi for those who are into space exploration, taking the player deep into the new worlds they discover and revel at vastness of space through your VR headset. Definitely a must have, even if you’re not necessarily a fan of sci-fi, it’s still a thrilling experience.

This is a gaming franchise that has always worked to give players the most realistic race car driver experience that the tech of the time could support, this latest VR edition of the series is no different.

A lot of attention was paid to giving the game authenticity, from the exteriors and interiors of the featured cars, to the locations and tracks. A great VR experience for a wide range of people.

A game that has divided people’s opinions since before making the jump to VR. However, this is not the entire game but rather a selection of the crime epic’s cases that have been adapted for the VR experience.

It’s everything we know from the original with an added bonus of VR immersion, making the game that much more engaging. The only downside is that it requires a top of the range PC to get the best out of it, and those don’t come cheap.

Hidden Gems And Tricks On Android 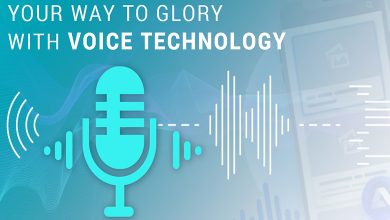