In recent years, there’s been a lot of hype around Virtual Reality and Augmented Reality headsets. However, the Cognixion One pushes the envelope by being the first AR headset – or any other kind of headset – that you can control with your mind.

As sci-fi film inspired as that may sound, it actually works.

“I’d have thought the idea behind Cognixion One was merely wildly imaginative if it weren’t already a reality,” noted the thoroughly impressed founder of Apple’s Worldwide Disability Solutions Group, Alan Brightman.

Having been in development since 2017, the Cognixion One was conceptualised and brought to life by a team of bio-signal engineers, neurologists, and speech-language pathologists to target the needs of those living ailments that disrupt their communication. By using a brain computer interface (BCI), the team behind the ONE AR headset look to tackle the challenge of speech impairment experienced by those who struggle with Amyotrophic Lateral Sclerosis (ALS), and Cerebral Palsy.

How Does it Work?

First of all, we can all thank our lucky stars that the BCI technology is nowhere near the point of being able to read the user’s thoughts. Instead, it uses its set of six non-invasive electrodes – which are mounted to the wearer’s head – to establish a live connection between user and device. Once a connection has been forged, the Ine’s BCI is able to recognize brain activity that is associated with pointing and looking – this enables the wearer to type out messages, or pick items from a list. A small feature that goes a long way in making life easier.

The Cognixion One’s other features include a dual display lens – which gives those around the wearer a quick and easy means of viewing what is being said to them. The system also comes equipped with an eight channel bio-signal streaming that happens in real time via BLE5.

Working to be as up to date as possible, the Cognixion One is 4G compatible and also supports both local and USB-C data transfer. It’s very – probably inevitable – likely that 5G integration will soon follow.

“In my opinion, this product will prove to be truly, fundamentally life changing for people young and old with varying levels of ability.” said Alan Brightman.

Well, What About Gaming?

For now, Cognixion have made the One’s potential in the medical field their main focus, however, this does not rule out the possibility – if not inevitability – of this device being used recreationally. So one can expect the regular bits from an AR experience like, gaming, controlling your computer remotely, movies, music, etc. Let’s think about this for a second, which “technophile” wouldn’t want to own one of these.

That said, there has been no official pricing given and details around the actual release date have been rather vague (at the time of writing) – giving up no more information than “sometime” in 2021. Until then, we’ll all have to wait, keeping our fingers crossed that there aren’t any unexpected delays or cancellations.

How to manage time when doing software testing: Six tips 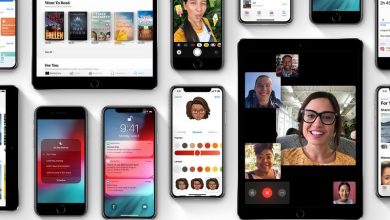 How does Mobile Screen Recorder Helpful for your Kid’s Safety?