Japanners based animé production house, Studio Trigger, has release another visually stunning, action packed series in Brand New Animal. The series, which follows the adventures of two anthropomorphic protagonists is yet another stellar offering from the production house.

Released to Japanese audiences through Netflix Japan back in April, and set for a global release through the streaming service at the end of June, Brand New Animal explores the plight of the victims of prejudice through the eyes of someone from the other side. The protagonist, Michiru Kagemori, meets wolf/human hybrid Shirou Ogami, and he guides her through this new realm.

Set in a fictional 21st century, where the part man, part animal creatures common in human folklore finally make their presence known, and coexist – so to speak – with humanity. After suddenly finding herself transformed into a tanuki – a half beast, half human creature – she flees to Anima City (where the beast people live) to escape beast hunters.

Anima City is supposed to be a place where tanuki can live in peace, and without human interference, but the young girl soon comes to find that the city is far from utopian. Following an explosion in one of the city centres, she crosses paths with Shirou, a part-wolf man, who is sworn protector of all tanuki and has an obvious axe to grind with humanity.

Shirou becomes a key figure in Michiru’s escapades through Anima city, acting as a guide, and protector as they unravel the mystery behind her transformation, as well as the origins of Anima City itself. Trigger’s signature visual style helps give the narrative an edgy, and exhilarating feel.

The series’ director, Yoh Yoshinari, finding himself without any ideas, turned to his fans for inspiration. Someone suggested that he draw inspiration from Osamu Tezuka’s Marvelous Melmo manga. He instead, drew inspiration from Tezuka’s The Vampires series, except Yoshinari sought to do something modern and edgy with it.

After some consultation with writer, Nakashima, the dystopian world in which relations between beast and man are strained, and a protagonist who connects the two worlds began to take shape. What resulted, is a slight departure from the animé house’s usual brand of narratives. One that still brings Trigger’s unique animation style to the fore in spectacular fashion however.

Studio Trigger was founded by Hiroyuki Imaishi, a former employee of animation studio, Gainex. Trigger’s whole visual style is based on the visual techniques found in the ,animé cult classic, Gurren Lagann series. Hiroyuki worked on the flick before establishing Trigger in 2011.

Trigger offered animation services to a number of titles by other studios before releasing the Kill-la-Kill series in 2013. The offering garnered a large following for the Animé house’s unorthodox visual style.

Studio Trigger is known for groundbreaking, action packed visuals, and not sparing an iota of creativity with regard to character design. They’ve kept true to their humorous storytelling with Brand New Animal, but have brought through a more serious undertone in it’s narrative. Still a great addition to their portfolio of punk animé titles. 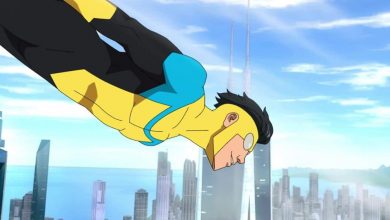 Oculus Dominates List Of Most Used VR Headsets On Steam