Badly conceptualized, that is. These villains are so ridiculously disastrous that one could not be faulted for wondering why they didn’t join a circus Instead of taking to villainy. I mean absolutely disastrous characters who, most times, prove to be little more than an annoyance (pun intended) as opposed to being anything close to a worthy foe to the superheroes they accost.

This character probably made a lot of sense in the context of the time that she came into, so to speak, existence (circa 1947). It was a more gung-ho time of discovery and asbestos was a bot commodity, owing to its heat-resistant properties.

So Asbestos Lady, as well as her minions, wore an asbestos-lined bodysuit to avoid being burned to a crisp by superhero heat blast. She ran about carrying fire weapons of her own, all to satiate her expensive tastes.

She died of cancer in the early ’90s though.’90s comic books were stable books to deliver a cautionary tale regarding the dangers of asbestos use (also newly discovered.) 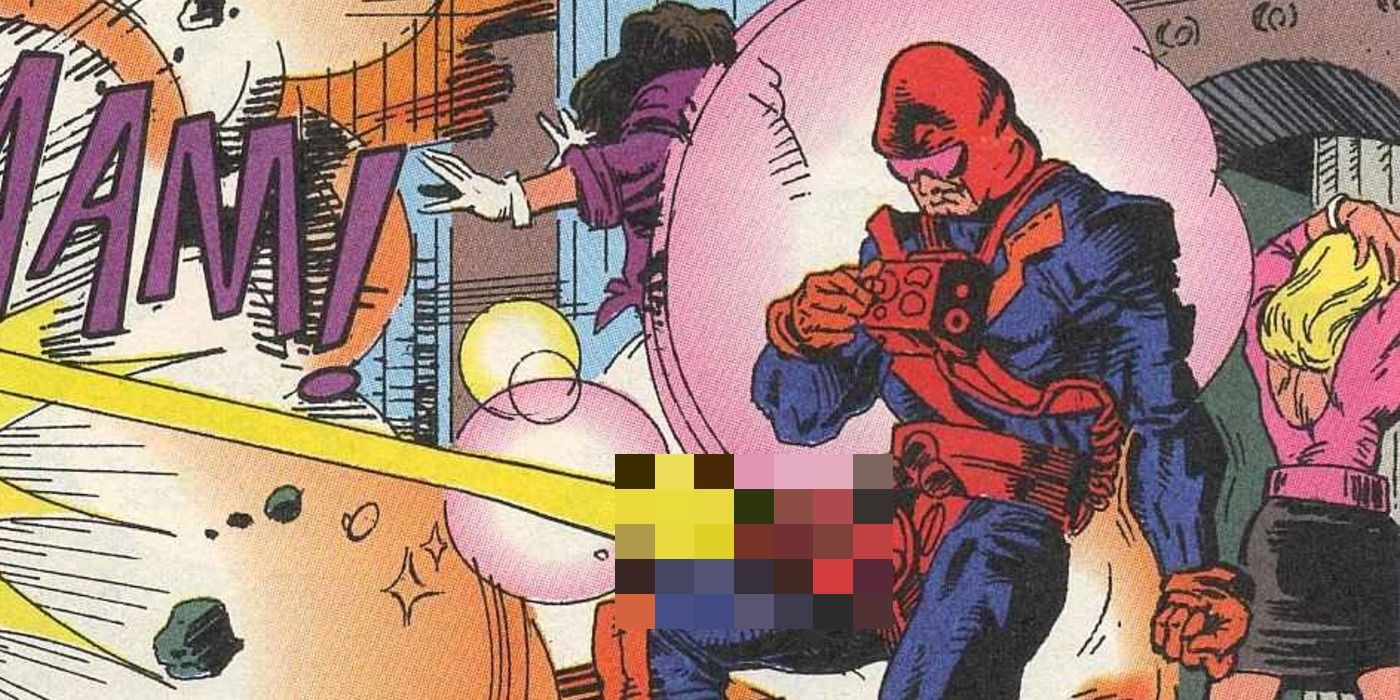 This is a character in a power suit that has a crotch appendage that extends and fires a beam. Innuendos aside, I don’t think we need to say more. The corniness alone means this overcompensating baddy gets no nod of approval from us.

You read it right, stilts. Perhaps DareDevil’s adversaries built their arsenal trying to outdo an anomalously skilled blind dude, but some of them can be quite ridiculous. Take Stilt-Man, for instance, he uses a power suit with extending legs to commit crimes in high-rise buildings. You defeat the guy by knocking him down…no real challenge there.

An explosive mate of Peter Parker’s, Arnie Gunderson grew up and developed explosive powers of his own. Aside from new powers, he also developed quite the gut. Except he didn’t use any of his power and bulk for any good except his own. Arnie went villain.

He’s a villain who can fire explosive energy from his body and has the brains of a high school bully. Need we say more?

So white rabbit grew up a spoiled little girl who read too much Alice In Wonderland. She grew up and married a rich, older man, but because of the entitlement issues, she developed as a result of her coddled upbringing, she killed him.

Following that she uses the funds she’s inherited from dear old hubby, to purchase a ton of high-tech gadgetry and goes on a crime spree to act out her weird Alice fantasy/obsession. Mental health people! Keep tabs on it!

We searched far and wide and could not find any, more fitting, characters for the number one spot than these two. Hopelessly awful, they belong in the WTF category, on anyone’s list. They are Cellphone Sylvia, and, not quite complete, 50% Chad.

Cellphone Sylvia is a member of the League of Annoyance (which probably explains a lot.) Not an actual villain, not by comic book standards anyway, has a cellphone that has a projector on it, which teleports people to the Phantom Zone. Where Zod, and his Kryptonian gang, were once imprisoned. That’s it.

DC seems to try to explore every angle of the existential question. At least that’s what they appear to have been doing by creating a villain who is no more than a pair of zombie legs attached to an equally undead waist. 50% of Chad’s special ability is knocking people out with the stench that half a corpse ought to have. Imagine that.

Twitch training; tools, tips and tricks for streaming on Twitch