There are lots of top-tier titles waiting for release in 2023, many still recovering from pandemic-era delays. Finally, some of the biggest and best fantasy titles will hit stores, and here are the three that you should look forward to the most.

If you experienced the first Ark game, you know just why this game is so eagerly expected by the gaming community. If you have never played the original game, you are in for a treat. This game mixes a little bit of Minecraft mechanics with some first-person-shooter stylings and some massively multiplayer online fun. Oh, and dinosaurs too. Lots and lots of dinosaurs.

Build your base, harvest resources, and manufacture tools, weapons, and buildings. It all sounds a little Minecrafty at first. The dinosaurs are just one of the many elements that set Ark apart from similar titles. If you are playing the game you are going to have to name a lot of things, like your tamed Pterodactyl, that you can use to fly around the map. This random fantasy name generator can help you cut down on thinking time and generate masculine, feminine, and simply random names for you to use for just about anything. The names are all pretty cool, too.

The rumors are true. Finally, a new Fable game is on the way. It will be released in 2023, but fans of the franchise have heard this before. It feels fairly certain that the game will find its way to brick-and-mortar stores and online repositories this year, but no one is going to bet the house on it. This series has experienced plenty of delays over the years, and this game was originally slated for a late 2021 release.

During the 2020 Xbox Summer Showcase, this game drew a lot of attention. The game uses the same engine that the Forza and Forza Horizon titles use, and is made by some of the same designers. This automatically sets the bar pretty high, as these games are well-known for their stunning graphics and realism. Water effects in Fable will surely look good enough to jump into. The team is dedicated to the cause too. Previous Fable titles promised to revolutionize the way we see and experience RPGs and how we do world-building. They never quite delivered on the promise.

The new team, post-Forza, hopes to deliver on Fable’s promise and its potential finally. This is definitely a game to put on your wish list if you enjoy a fantasy role-playing game. When it finally gets released to the masses it will become one of the biggest games of the year, but without a set Fable 4 release date, which year will that be?

It is tempting to say that younger gamers will not recognize the name Baulder’s Gate, and this is a huge shame. This series of games was at the top of the fantasy-roleplay tree twenty-five years ago on the primitive PCs of the day. Its success demanded a sequel, and Baldur’s Gate II: Dark Alliance found its way into gamer’s hands just a couple of years later in the year 2000. It was quickly ported across to PlayStation and Xbox, and then even the Nintendo Gamecube. Then, nothing.

It was hugely successful on console as well as PC, but like so many of the top titles, the next sequel languished in development as gaming technology evolved faster than it could be upgraded. After years of waiting, and countless pretenders to the throne, the king is finally ready to return. An early beta version of the game with a limited amount of playtime was released for Windows gaming in mid-2020. It has since been ported to other platforms, including Google’s Stadia for some reason. This gave fans a little taste of what is to come, and it is delicious.

Expect a release on PC, Xbox X/S, and PlayStation in August 2023. No day has been set in stone, but August will surely see a nearly full release, perhaps with content to be downloaded later. After such a long wait, they cannot keep people hanging on for much longer. There are refreshes of the legendary Baldur’s Gate II available to play to help get you in the mood or learn the mechanics of the game in preparation for the release of the third title in the series.

If you have never played, do not worry. The basics of the game are simple; hack, slash, rinse, and repeat. It sounds easy, and it is so much fun, but it does come with some challenges. Get the second game in the series now, and upgrade with number three in the summer.

There is plenty to look forward to for fantasy gaming in 2023. This time next year you will feel spoiled, and you will have been. Get your gaming chair ready, the next year is going to be a great one for games.

Heroes of the Storm – is it officially dead? 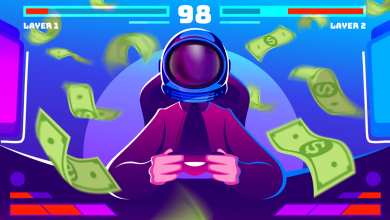