The confirmation of an anime movie adaptation for the manga Jujutsu Kaisen 0: Jujutsu High excited every manga fan. This movie will serve as a prequel to the events that occurred during the anime that ended its first season in March of 2021. Studio MAPPA is responsible for animating this movie.

As this is an anime movie adaptation of the already existing manga series- Jujutsu Kaisen 0: Jujutsu High, we could take a good guess as to what will happen in the movie. Due to the movie being a prequel: it will help build a backbone to the already existing plot. We know that the plot will follow Yuta, a boy that the ghost of his dead friend possessed. The spirit of Rika possesses Yuta in order to protect him, at any cost. However angelic this may sound, the spirit takes the form of a demon and has a negative connotation surrounding it.

The demon possessing Yuta causes havoc and he cannot control it. This leads the jujutsu sorcerers to capture him. Yuta wishes to be left alone to die because he feels responsible for the destruction that the demon possessing has caused. They are both suddenly given powerful cursed power that they were unable to control. Gojo sensei offers both of them similar opportunities to live. This is when Satoru Gojo (Gojo sensei) intervenes and offers Yuta another path. He offers him a chance to redeem himself by helping others with his powers, instead of letting them go to waste.

Yuta then attends Jujutsu high and learns alongside other sorcerers to control his immense powers. This is when Yuta meets already known characters such as Panda, A talking panda that has 3 different personalities, Toge Inumaki, a quiet boy who uses cursed speech, and Maki Zenin, a cursed tool user. He then learns to accept what has happened and decides to use his powers to protect others.

Connections to the ongoing plot

This prequel will provide a lot of background information on existing characters and what they had to go through. Fans will also be able to see more of Gojo’s past as he is one of the most liked characters from Jujutsu Kaisen. The character of Yuta is sort of a parallel to the character of Yuji Itadori. They both are possessed by demons of great caliber and are offered a path to learn their powers and utilize them to protect others by Gojo sensei. This movie will also give fans a lot more information about the world of jujutsu and cursed energy.

We hope that the movie does not stray too far away from the manga content as the story in the manga gives a very good understanding of the world of cursed energy. We believe understanding the history of the characters is very important in understanding the present situation of the plot. This is why this prequel movie is very necessary in order to move on to the next part of the show.

Castlevania: The show that made vampires cool again 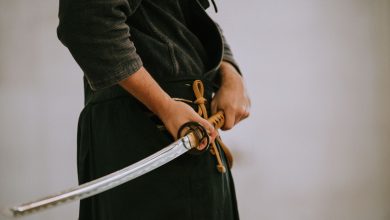