Neon Genesis Evangelion is a mecha anime that was released in 1995. It was produced by Gainax, animated by Tatsunoko, and directed by Hideaki Anno. It is one of the most controversial, beloved, and frowned upon anime ever made. Neon Genesis Evangelion became a cultural touchstone in Japan shortly after its release. The characters from the show are still present as cosplay at every anime convention and new fan art is made to this day. Why is the anime so polarizing, however?

The show follows the main character Shinji, a 14-year-old boy, who together with other children pilots giant robots called Evas. The main purpose of Evas is to fight the angels. Shinji and his friends work for an organization called Nerv in order to stop the third impact. Why is that important? Because the second impact wiped out half of humanity. To put it briefly, fate of the world is in the hands of 14-year-old children. The story is set in 2015 and exhibits a post-catastrophe sci-fi world with advanced technology.

Almost all of the episodes follow the same formula. They start either with Shinji having daddy issues or a slice of life filler. Midway an angel attacks. For a brief second the viewer is brought to believe that humans are winning. Then, something terrible happens and the Eva stops responding while Shinji’s mentor Misato is yelling out a whole lot of commands. In the end, the humans win despite all of the problems faced. A lot of the episodes also have Shinji enter an ongoing dilemma whether to continue to pilot the Eva or to simply leave and cause an apocalypse while the adults tell him that he has a choice. That choice being the doom of humanity and everyone he loves or the psychological strains that come with piloting the Eva.

A lot of questions, no answers

In the anime, the majority of the terms that are instrumental to the show are vaguely explained or not explained at all. The spear of Longinus is especially confusing: the Seele wants it, Ikari (Shinji’s dad and leader of Nerv) doesn’t, it seals away Lilith and destroys AT-fields. The premise assumes that only 14-year-old children can pilot the Evas. Why? Never touched on. The angels want Adam who comes from the white moon. Lilith comes from the black moon. What is the difference between them and the moons? Never explained. Terms often used such as angels, human instrumentality project, Seele are also not explained. These mysteries end up going nowhere: a ton of questions and no answers. Those answers are available online or you could sit through 6 movies and 20 games to get a grip on the story.

Neon Genesis Evangelion gives off a strong feeling of being stuck. It is not as hugely action-driven as similar anime in the same genre. This is often used as a critique and the show is described as boring because of it. On the contrary, it gives a realistic feel to the show. If there are robots piloted by 14-year old children killing some kind of overpowered aliens that just keep coming and you don’t know anything about either of them and are wondering when the world is gonna end, you are surely going to feel stuck.
There is a ton of symbolism in Evangelion but it cant act as a story enhancer if the story from the start isn’t that good. The weird thing about it is that the majority of it is Judeo-Christian symbolism which an average Japanese viewer won’t be able to relate to

It is definitely something. Likewise, with everything else in this show, the animation is a hot mess. There are some great frames with amazing battle scenes. Probably because of a lack of budget animation started deteriorating later on showcasing multiple still and silent frames creating a weird anxious scene. The more ridiculous ones are like the scene where Eva is holding a person. The frame is still for minutes with audio going over it. Books and newspapers often covered people’s mouths when speaking to cut some corners. The editing style is interesting and looks like a war sequence.

The music in this show is pretty good. The opening is amazing and one of the most recognizable/”memed” anime openings of all time. However, the lyrics of the song do not match the main character at all. Some of the pieces are even blatant ripoffs from other places.

Evangelion certainly had the idea that meaningful ideas will outshine the messy story. It is considered a classic and whenever someone criticizes it they are told that they don’t understand the point of it. The show brings out many philosophical and meaningful questions, portrays internal struggles such as depression, fear of rejection, and a sense of self. Neon Genesis Evangelion will spark a ton of debates and discussions whenever mentioned. However, the show is a mess. The main premise of the show could have been portrayed a lot better. 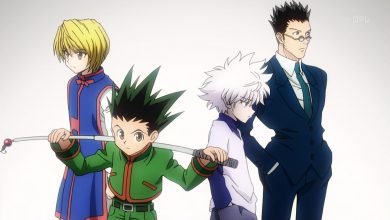 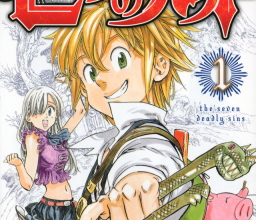 Seven Deadly Sins; Here’s Why You Might Want to Watch It