After all, while a night out at a real casino can be a great time, it’s not exactly on the menu for most of us the majority of the time. Online casino games are meant to be enjoyed remotely and with the utmost convenience – blending the rush of the casino with the simplicity of ordinary video games.

The only problem is that these online games, or at least the good ones, aren’t usually too accessible either. Yes, you can download some loud slot machine app packed with intrusive ads, or you can play in a harmless, fake-money poker game online with little to no hassle. But these types of options tend to lose something in translation; they mimic the real thing, but they don’t carry nearly the same excitement. Real online casino games, meanwhile – the ones you can play with actual money on the line – simply aren’t available everywhere, and are widely prohibited in the U.S. specifically.

And this is what brings us to New Zealand. The island nation most commonly thought of for its stunning scenery and Lord Of The Rings associations has become one of the true global leaders in high-end online casino content. While the country’s internet providers thrive on running real-money games, however, they also provide whole collections of free pokies – which, to translate the New Zealand term, are slots. These free pokies platforms are essentially providing gamers with the same arcade slots they can find at other casino websites (and many of which have been turned into brick-and-mortar casino installments as well) – but offering the option to play without depositing real money.

This makes it easy, finally, for those who might be interested to enjoy top-notch casino arcades in a more casual manner. In a way, it opens up a whole genre of video games that can otherwise be somewhat exclusive. So, to help you explore that genre, we thought we’d take a look at six fun, slightly kitschy games that can give you all the fun of a modern slot without the hassle.

This medieval-themed pokie is cashing in on something of a trend we’ve seen even in console gaming toward warlord-oriented settings and characters. Indeed, you might take one look at the game and be reminded of For Honor, or think back to Bizznerd’s review of Sekiro: Shadows Die Twice. Naturally the pokie doesn’t have the same depth of presentation or content. But it does take place over a battlefield where various warlords are seeking treasure. That alone makes it more engaging than your average cherry-and-banana slot app, and may make the game particularly appealing to fans of some of those console titles.

This 2011 game appears to be at least loosely inspired by the Twilight franchise. While the series was somewhat polarizing in its heyday, Immoral Romance now packs a serious nostalgia factor. Don’t worry – it doesn’t matter if you’re “Team Jacob” or “Team Edward.” This vampire-themed pokie is a fun one for anyone who enjoys the genre.

Wild Water transports players into something resembling a 1960s-style beach movie (specifically the classic Gidget, starring Sandra Dee, even if the game isn’t directly licensed). It’s simpler than some of the alternatives listed here, but still a very cute game, and one that should appeal to fans of vintage cinema, or just the ’60s beach vibe.

Fans of classic rock will particularly appreciate this pokie. In 2016, the developer NetEnt Rocks actually released a few rock ‘n’ roll-inspired pokies, including ones based on Motörhead and the Jimi Hendrix Experience. These games allow players to listen to the bands’ biggest hits while playing, which is actually a ton of fun. They’re all great, but we’ll this game’s soundtrack (featuring “Welcome to the Jungle,” “November Rain,” and “Paradise City”) and the GNR aesthetic over the others. It’s particularly fun given the band’s recent, incredible resurgence and forthcoming album.

Moon Princess resembles Sailor Moon and the shojo manga genre in general. This means that the game is sure to be a hit among those who love anime and manga. It’s also a little more involved from a gameplay perspective than most of its counterparts. Moon Princess revolves around the characters Love, San, and Storm, each of whom has a unique “Girl Power,” which can unlock winning slot reel combinations. It’s almost presented like a manga-style Candy Crush.

Granted it’s a little unexpected that a pokie would be modeled after an Alfred Htchcock film. But that’s what makes this game so much fun. Surprisingly, the iconic 1960 slasher translates to the online arcade format. Fans of Psycho or really horror in general will appreciate the pokie’s graphic animation that includes a rendering of the character Marion Crane (Janet Leigh), as well as the menacing Bates Motel. Somehow this game actually makes you wonder how horror hasn’t become a more popular genre for casino games….

Valorant: How It Captured The Hearts Of FPS Fans 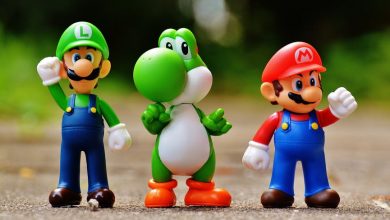